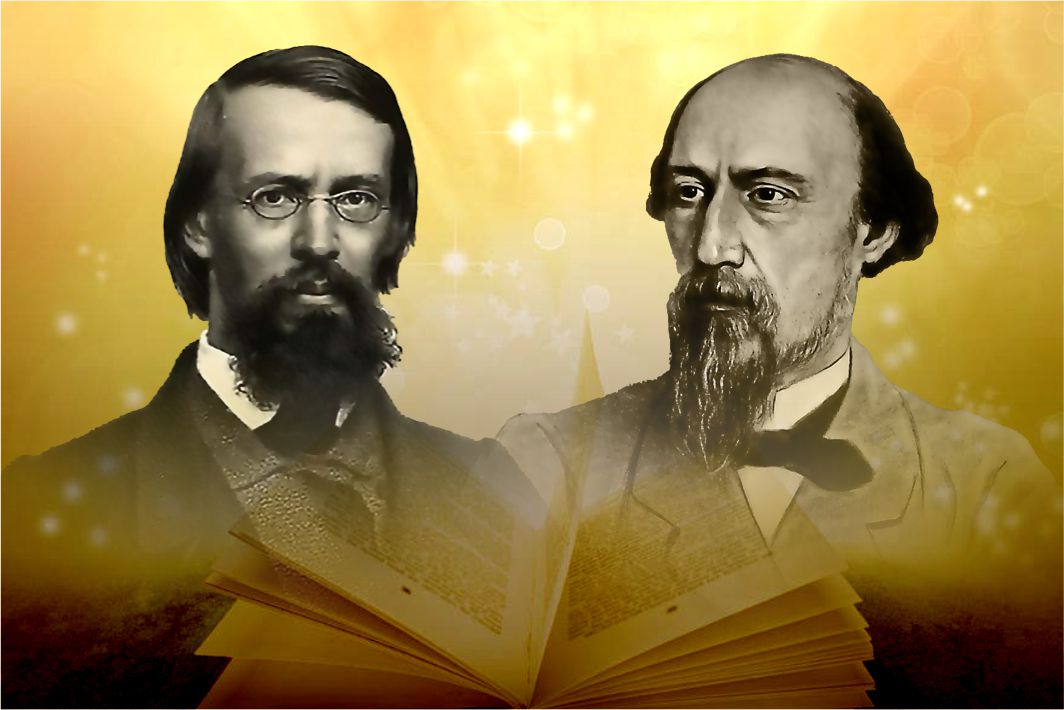 Anton Arensky
The Minstrel, Op. 17 No. 1. Orchestration by the author

Alexander Borodin
People in the House, AB 37. Orchestration by the author

César Cui
Harking to Horrors of War, Op. 62 No. 14. Orchestration by Pavel Smelkov

Sergei Taneyev
The Restless Heart Is Beating, Op. 17 No. 9. Orchestration by Pavel Smelkov

Pyotr Tchaikovsky’s Moscow cantata is one of his compositions he was commissioned to write. In March 1883 he wrote to Nadezhda von Meck from Paris, “Two unexpected and arduous tasks fell to my lot. The City of Moscow commissioned me to compose a march for the festival to be given in honor of the Emperor in the Sokolniki Park, and the Coronation Committee sent me the libretto of a lengthy cantata, written by Maykov. And now I am urged to compose music for it.” The Moscow cantata was completed by Pyotr Tchaikovsky within a very brief period of time and first performed under Eduard Nápravník’s baton during the ceremony of coronation of Alexander III of Russia, held with splendor in the Palace of the Facets in the Moscow Kremlin on May 15/27, 1883.

The Moscow cantata is the only composition written by Pyotr Tchaikovsky in the Russian epic style which was inspired in the composer by Apollon Maykov’s unrhymed epic-style libretto. The poet’s versification and stanza forms prompted Pyotr Tchaikovsky to use particular melodies and chant features, and the purpose for which his cantata was written – its solemnly elated tones.

The Moscow cantata is composed of six intertwined movements including choral episodes and three solo parts. Much popularity was gained by a warrior’s arioso in Movement 5 “Is it for me, God” that was scored for mezzo-soprano. The sorrowful intonation and E-flat minor key of the arioso were later followed-up by Polina’s romance from Tchaikovsky’s The Queen of Spades opera.

Sergei Vasilievich Rachmaninoff wrote the Spring cantata in 1902. Its premiere in St Petersburg took place in the hall of the Noble Assembly on 8 January 1905 with the participation of the Mariinsky Theatre Chorus (conducted by Alexander Ilyich Siloti). This work is unusual in many respects. Even Nekrasov’s poetry itself is unusual, forming the basis of the cantata in which the almost un-combinable is combined, where images of nature in wintertime and in springtime merge with the hero’s love drama (his wife’s infidelity, which almost results in a bloody denouement – a traditional melodramatic subject). But, however, unlike Alexander Nikolayevich Ostrovsky’s play Don’t Live as You Want to but as God Commands (which forms the basis of Alexander Nikolayevich Serov’s opera The Power of the Fiend), with Nekrasov nature is not just a background for the unfolding drama. “Dishevelled winter” and the “winter blizzard song” in the hero’s mind become direct “co-conspirators” of the impending murder (predicting and even demanding its execution). Spring, with its anthem and Christian motifs of love, tolerance and forgiveness, however, is allotted a reconciliatory role at the close of the poetry. Vivid images of springtime nature are seen in their own right, as independent and existing almost outside the dramatic plot (“Rush-buzz Green Noise. Green Noise, spring noise!”).
In the music of Rachmaninoff’s Spring contrasting, even opposing elements are combined: the vivid, all-encompassing lyricism that comes from the composer’s romances, the highly vivid drama of the opera (the baritone solo has something in common with the Tale of the Old Man in Aleko), the rich orchestral sound that leads in the direction of Nikolai Andreyevich Rimsky-Korsakov’s works (in particular The Snow Maiden), the generality of the cantata-oratorio genre (the chorus as a personality) and the open expressiveness of the soloist’s monologue (in which, at times, one can even sense the influence of Modest Petrovich Musorgsky). Rimsky-Korsakov, who submitted Spring for the Glinka Prize, believed the music in this work to be beautiful from the first note to the last. But he also made a remark about the unusual nature of the embodiment of the scene of spring and the springtime awakening of nature. And in actual fact, in this Rachmaninoff was unlike anyone else. Instead of the expected clarity of sound and warm, soft colours, the composer created a dense and intense fabric for the orchestra and chorus using a complex writing technique. But, as a result, a surprising integrity of both the image of spring and of the whole work emerges, as does an exact sense of the composer’s unique style.
Vladimir Goryachikh

The four-movement Spring Cantata to verse from Nikolai Nekrasov’s poem Who Lives Well in Russia is dedicated to the memory of Alexander Tvardovsky. The incessant development of the first movement changes into songfulness in the second. This movement was composed in the style of wedding songs, and here the choral groups resound in a dialogue with no accompaniment. The third movement, Bells and Horns, on the other hand, is purely instrumental. It stands apart for its brilliant orchestration. The final movement is a sonorous choral benediction.
Vladimir Khavrov