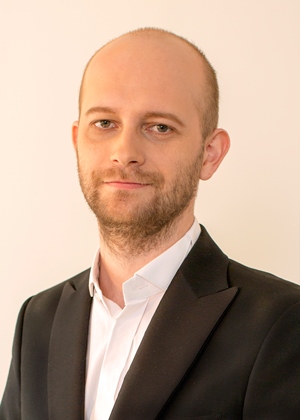 Ilya Astafurov was born in Vladivostok. In 2012 he graduated from the Far Eastern State Academy of Arts where he studied with Elena Glushenko.

In 2013 he became a soloist of the Primorsky Regional Philharmonia.

He participated in the international Figaro in the Far East project (performing the role of Don Basilio in Le hozze di Figaro by W.-A. Mozart), and Great Beethoven (the tenor part in Symphony № 9 conducted by Mikhail Arkadyev). He collaborates as a soloist with the Elegy Primorsk Folk Violin Ensemble under the direction of Leonid Vaiman, and the Sadko ensemble of Russian folk instruments under the direction of V. Sergeev.

In 2013 he began working at the Primorsky Opera and Ballet Theatre and became a soloist of the Opera Company in September 2015.

The concert repertoire also includes the tenor parts in Verdi's Requiem and Symphony № 9 by Beethoven.