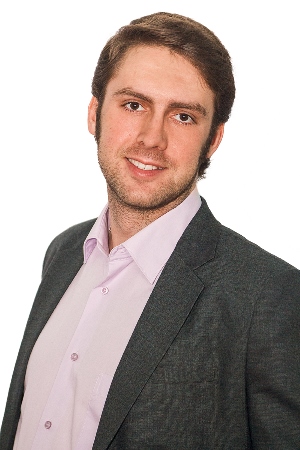 Born in Elista (the Republic of Kalmykia). In 2007, he finished the Pyotr Chonkushov Elista College of Arts, majoring in academic singing. In 2012 graduated from the Pavel Serebryakov Volgograd Conservatory.

In 2009 worked as a soloist of the Volgograd Regional Philharmonic Hall. From 2010 he was a soloist with the Nikolai Kalinin Volzhsky Orchestra of Russian Folk Instruments. In 2012, joined the Tsaritsinskaya Opera Theatre (Volgograd).

As a member of the Tsarinskinskaya Opera, the Volgograd Regional Philharmonic Hall and the Volzhsky Orchestra of Russian Folk Instruments Aleksei Bublik participated in tours of Russian cities.

In 2016–2017 he was a soloist of the Mariinsky Academy of Young Opera Singers.

As a soloist of the Mariinsky Academy of Young Opera Singers he has on many occasions taken part in performances given under the Mariinsky subscription package Short Opera for Children, in concert performances of operas by foreign composers, as well as chamber concert programmes presented as part of Larisa Gergieva Presents Soloists of the Academy of Young Opera Singers subscription, performing arias from operas by Russian and foreign composers. He also has participated in tours of Russian cities undertaken as part of the Moscow Easter Festival.

Since December 2017 he has been a soloist of the Opera Company of the Primorsky Stage of the Mariinsky Theatre.