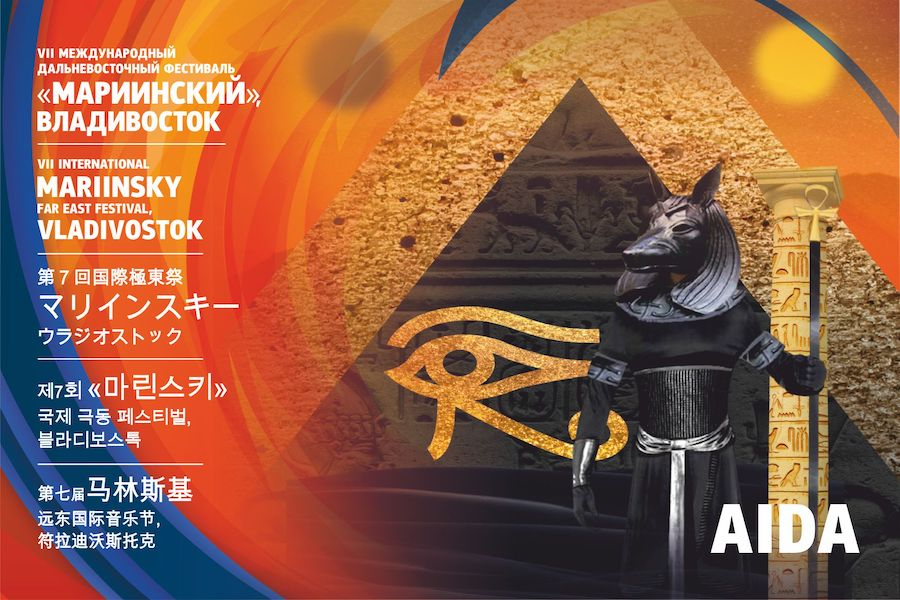 By the end of the 1860s, the name Verdi gained worldwide recognition. His compositions found their way into the repertoire of the leading musical stages, and the largest theaters such as the Paris Opera and the St. Petersburg Mariinsky Theatre sought cooperation with the composer. As for Verdi himself, he was busy inventing a plot for a new drama, and a lucky chance came to his aid. The Egyptian Government asked the composer to write an opera for the Cairo Theatre whose construction was timed to the opening of the Suez Canal. And then Verdi’s friend brought him the script written by the famous Egyptologist Auguste Mariette based on an old legend.

Fascinated by the plot of Aida, the composer immediately set to work. In an effort to convey the exotic atmosphere of the distant era, he studied history, life and arts of the Ancient Egypt, and wrote the libretto together with poet Antonio Ghislanzoni. Verdi’s goal was to achieve theatrical expressiveness of each word and clarity of action saturated with sharp dramatic situations and collisions of strong characters.

Aida has such features of a large-scale opera as full-fledged crowd scenes, sophisticated ensembles, choreography pieces, choirs and processions. However, this decorative pomp does not infringe upon the development of a psychological drama based on the eternal conflict between feelings and duty. Each of the main characters will have to deal with that conflict. Their complex, sometimes contradictory images reveal new facets in the making, and even the classic love triangle presented by Verdi is far from being unequivocal. The “quiet” finale of the opera is also unusual. “Not so much sounds as tears”, as one of the composer’s contemporaries described the duet of the dying Aida and Radames.

The orchestra in Aida is rarely limited to a simple accompaniment to singing, but plays an important role in the musical drama. The researchers noted that Verdi took into account Wagner’s experience without changing the vocal nature of the opera genre. The characters in Aida have orchestral themes that accompany their appearance on the stage or give out their thoughts. Also, certain groups of timbres are assigned to the characters: woodwinds for Aida, strings for Amneris, brass wings for the Priests. The musical instruments also have a special function: they create colorful oriental flavor. For example, Rimsky-Korsakov admitted that he had used Aida “to learn dramatic orchestra”, noting the “brilliant idea” of the drums preceding the duo of Radames and Aida in Act III and the Nile cello flautandos, as well as the skillful use of the flutes. Much attention has been paid to the pipes and harps, the oldest instruments widely used in the Egyptian music since the Pharaohs’ times. One of the most spectacular scenes of Aida is the Triumphal March of Act II performed by stage pipes.

Big opera is inseparable from big performance style. The main characters’ parts require strong beautiful voices, and a rich palette of emotions requires possession of the entire arsenal of expressive means within the limits of a huge tessitura. That is why Aida, despite its popularity, is beyond the strength of many theaters, at least in the form it was originally conceived by Verdi. The premiere of the opera took place in Cairo on the Christmas Eve of 1871. The scenery and costumes were made according to the sketches of Auguste Mariette. The grand success of the performance was compared with the triumph of Radames the vanquisher. Immediately after the performance in Egypt, Aida began its triumphal march through the leading European Opera Theatres.