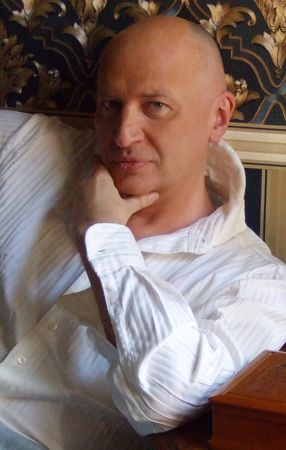 Honoured Artist of Russia
Alexei Stepanyuk studied at the Leningrad State Rimsky-Korsakov Conservatory and for seven years was Principal Director at the Chelyabinsk Academic Glinka Theatre of Opera and Ballet. He has been a stage director at the Mariinsky Theatre since 1993. Alexei Stepanyuk’s Mariinsky Theatre debut came with a production of Rimsky-Korsakov’s opera Sadko. Ever since 1993, this production has enjoyed unfailing success and has been performed at the world’s leading opera houses and at the Edinburgh Festival in 1995. Renowned musicologist John Allison wrote in The Times that “Alexei Stepanyuk’s production is as faithful as it is possible to be. But its authenticity does not make it a museum exhibit, quite the reverse — each of the opera’s seven scenes is filled with true theatrical life.

The performance was the highlight of the Festival.” After the Mariinsky Theatre’s tour to Paris in 1995, Christophe Christie reported in Opéra International: “The production of Sadko, without a doubt, was the best of the four productions we have seen. It has a refined stylisation and something that conjures up visions of the aesthetics of the Saisons russes.” Alexei Stepanyuk’s production of Sadko (conducted by Valery Gergiev) has been filmed on DVD by Philips and NKH.

In 1994 together with Valery Gergiev, Alexei Stepanyuk staged a production of Rimsky-Korsakov’s opera The Legend of the Invisible City of Kitezh and the Maiden Fevronia. The production caused a furore both in Russia and abroad. Renowned Rimsky-Korsakov expert Alexei Kandinsky wrote: “Of the five productions of Kitezh I have seen, the Mariinsky Theatre’s 1994 staging is the most integral, both musically and artistically — a tremendous feat in itself (...) The production holds everything in an ideal balance: the soloists, orchestra, chorus and the directing with highly significant symbolism. And the utterly brilliant scene of Fevronia writing to Grishka was staged musically and dramatically in such a way that, perhaps for the first time, everything was absolutely clear: the end, time has passed, and now... eternity.” On tour in New York the production was performed four times and enjoyed huge success, which Edward Rothstein wrote of in The New York Times.

At the Mariinsky Theatre Alexei Stepanyuk has staged productions of Verdi’s La traviata and Stravinsky’s Les Noces. In 1995 at London’s Royal Albert Hall, Valery Gergiev conducted the Mariinsky Opera in Alexei Stepanyuk’s grandiose production of Borodin’s Prince Igor. Following the premiere John Allison wrote: “...Prince Igor, without a doubt, has been one of the most important events of the year.”

Alexei Stepanyuk has worked extensively and to great acclaim in theatres throughout Russia and the CIS, his work taking him to Latvia, Lithuania, Ukraine, Novosibirsk (where he was Principal Stage Director for three years), Chelyabinsk, Yekaterinburg, Kazan and Saratov. In 2004 he staged the opera The Queen of Spades at the Tchaikovsky Hall in Moscow, followed by Tristan und Isolde in 2005. His productions of the operas Carmen (Novosibirsk) and The Queen of Spades (Chelyabinsk) were nominated for the Golden Mask award as “Best Production of the Year”, while his staging of The Enchanted Wanderer won the prize in the categories “Best Female Role in Opera” and “Best Work by a Composer in Musical Theatre.”

Alexei Stepanyuk was named “Director of the Year” by the newspaper Music Review and the Russian Union of Theatre Workers in 2002. Alexei Stepanyuk has staged a total of over seventy opera productions.