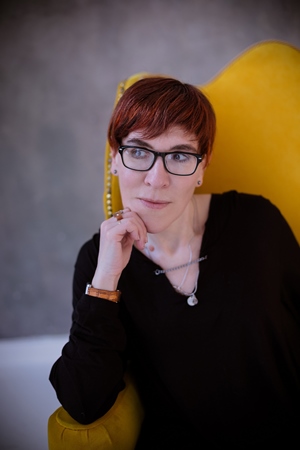 Anna Dronnikova is a graduate of the department of musical direction of the St. Petersburg Rimsky-Korsakov State Conservatory (course supervisor: Honored Artist of Russia, Professor I.E.Taimanova).

Anna Dronnikova began her career at the Mikhailovsky Theatre (under the direction of the People’s Artist of the USSR, Professor Stanislav Leonidovich Gaudasinsky), where she staged Rossini’s comic opera The Marriage Contract. She was invited to take the position of production director at the St.Petersburg Opera and Ballet Theatre of the St. Petersburg State Conservatory, where she defended her graduation project staging Mozart’s comic opera Cosi Fan Tutte. After graduating from the conservatory, she began teaching at the Opera Performance Division. Since 2013, she has been working with the Taurida International Symphony Orchestra (artistic director and principal conductor of the Orchestra is Mikhail Golikov, People’s Artist of the Republic of Kabardino-Balkaria).

In 2014, together with a group of fellow artists, she organized the Dell`Arte Theatre of Comic Opera in St. Petersburg, where she holds the position of artistic and production director.

At various times she staged the following operas in the musical theaters of Russia: Mavra by Stravinsky, The Marriage Contract by Rossini, Cosi Fan Tutti by Mozart, La Traviata by Verdi, Carmen. Bullfight. History of Passion to the music of Bizet, Iolanta and Eugene Onegin by Tchaikovsky, The Tsar's Bride, The Christmas Eve and The Noblewoman Vera Sheloga by Rimsky-Korsakov, The Prophetic Dream of LeCantatrici Villane by Fioravanti, Musica VIVA by Mazhara, The Tambov Treasurer’s Wife by Asafiev, Groom from the Embassy by Shebalin, The Servant Turned Mistress by Pergolesi, Nymphs Amused or Ridiculous Lover (musical trifle based on works by V.A. Mozart).

She has staged more than 20 theatres performances in Russia, Denmark, Finland and Italy. She has worked together with such famous conductors as Maris Jansons, Philip Antremon, Alexander Sladkovsky, Sergei Stadler, Felix Korobov and many others.

As production director, she has resumed performances at the Opera and Ballet Theatre of the St. Petersburg Conservatory: The Marriage of Figaro by Mozart, La Boheme by Puccini, Iolanta by Tchaikovsky, Anna Karenina by Ouspensky.

Anna Dronnikova is the director of the federal program Culture of Russia 2006-2011, a member of the Interregional Union of Concert Workers and a member of the Union of Theatre Workers of the Russian Federation.

Since 2012, she has been constantly cooperating with the Russian Cultural Center and the Russian Orthodox Church of Copenhagen (Denmark). On the 400th anniversary of the House of Romanov and the anniversary of Pyotr Tchaikovsky, she staged Eugene Onegin.

In 2015, at the invitation of the Vicenza City Administration (Italy), she staged N.A. Rimsky-Korsakov’s The Tsar’s Bride with Italian and Russian performers within the framework of the festival of Russian music in Italy.

In September 2018, she became an acting stage director of the Primorsky Stage of the Mariinsky Theatre.