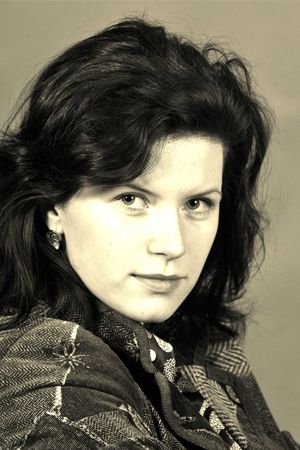 While still a student at the Theatre Academy she was involved in Mariinsky Theatre productions as a set designer (Madama Butterfly, The Magic Nut, The Tale of Tsar Saltan and Il viaggio a Reims).

As a costume designer she worked on Mariinsky Theatre productions of Christmas Eve (2009) and The Station Guard (2011).

Recipient of a personal Akimov Grant. City of St Petersburg Government prize-winner. Member of the Union of Theatre Workers of Russia.

Also works on restoration projects. Was involved in the restoration of the Saints Peter and Paul Cathedral in St Petersburg (Care Restoration Workshop, 2013) and the Naval Cathedral of St Nicholas the Miracle-Worker in Kronstadt (Vifania Arts Restoration, 2013).