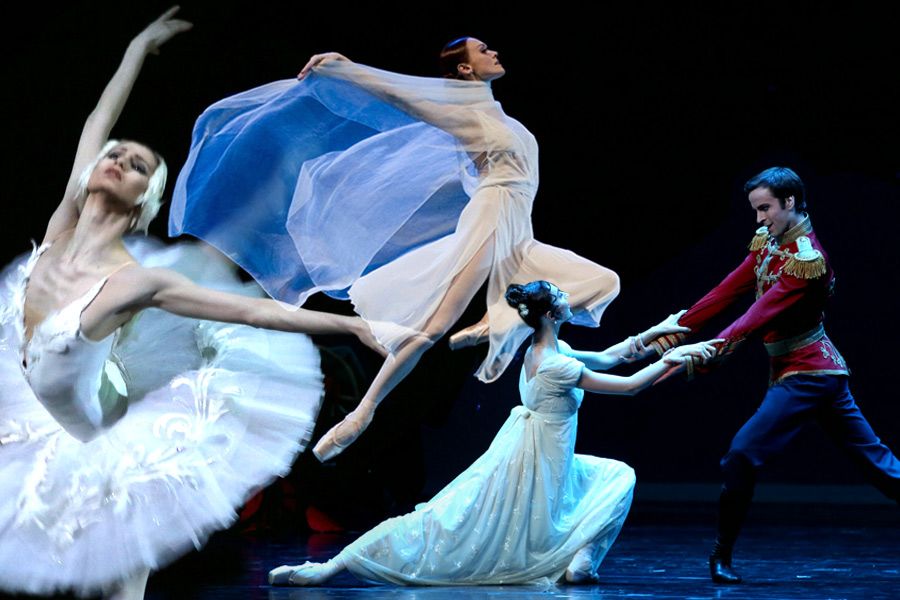 The Future of Dance: classical and modern

The programme "The Future of Dance" is a glimpse at the history of the art of ballet. Fragments of ballets choreographed by Marius Petipa and Lev Ivanov, from the rich inheritance of the 19th century repertoire, will be performed. The Modernist Epoch of the turn of the last century will be represented by Mikhail Fokine's famous miniature The Swan. Soviet ballet will be defined by the miniature Melody to music by Christoph Gluck choreographed by Asaf Messerer and the duet from the height of dramballet, the production by Leonid Labrovsky of Romeo and Juliet which was the first staging of the complete score by Sergei Prokofiev and gave impetus to the creation of numerous choreographic versions of Shakespeare's tragedy throughout the world.

A large part of the evening's programme is dedicated to new repertoire: festival goers will see a work by Eldar Aliev, the Head Ballet Master of the Primorsky Stage, and also productions by nascent choreographers who are participants of the Mariinsky Theatre's “Creative Workshop of Young Choreographers” Ilya Zhivoi, Maxim Petrov and Anton Pimonov. The Workshop takes place in the Theatre each spring and gives budding choreographers complete freedom in their choice of music, style, plasticity and group of performers. The best of the presented works are included in the repertoire of the Mariinsky Theatre. Ilya Zhivoi and Maxim Petrov will show SeasonS and Pavlovsk, premiered this year, and Anton Pimonov will present his debut work from 2013 Choreographic Game 3x3. This production attracted the attention of the directors of several ballet companies who then entrusted the young choreographer with settings of productions for their own artists.

The varied programme will be performed by an international group of artists. Festival goers will be enthralled by the brilliant technique and expressive qualities of the stars of the Mariinsky Theatre: Uliana Lopatkina, Ekaterina Kondaurova Oxana Skorik, and Danila Korsuntsev; soloists of the Primorsky Stage and also foreign guests, the shining star of South Korea Soo Bin Lee and soloist of the Paris Opera Ballet Hannah O' Neill.

The Mariinsky Theatre first introduced a systematic plan to cultivate young choreographers four years ago. Since then, the project, “A Creative Workshop of Young Choreographers” has become an annual event that gives burgeoning choreographers the freedom to work with their choice of music, style, and artists. As promised from the beginning by the directors of the ballet company, the best pieces created in the workshop are added to the repertoire of the theatre. During the Festival, Ilya Zhivoi and Maxim Petrov, participants of this year’s workshop, will present their creations, SeasonS and Pavlosk, respectively. In addition, Anton Pimonov will present his debut piece, “Choreographic Game 3×3”, which earned him great success in the workshop three years ago and prompted various ballet directors to commission work from him right away.