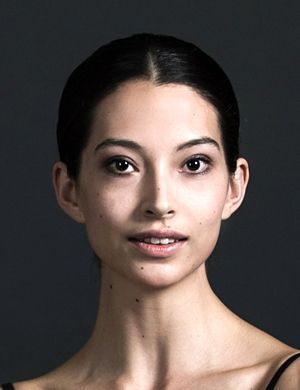 From 1998 to 2007, O’Neill studied at the Kishibe Ballet Studio in Tokyo, and then completed her education at The Australian Ballet School.

In 2009, O’Neill won the Prix de Lausanne, the world’s most prestigious competition for young dancers, and went on the next year to win first place in the senior woman's section at the Youth America Grand Prix in New York.

In 2011, she joined the Paris Opera Corps de Ballet. In 2014, she became a coryphée and also won the silver medal at the Varna Competition and the the Prix du Cercle Carpeaux. In 2015 became a sujet at the Paris Opera, and in 2016, signed a contract as a first soloist.

Her repertoire includes roles in the classical productions of Rudolf Nureyev, such as La Bayadère (Gamzatti), Swan Lake (Odette-Odile), and the leading role in Paqitta in the production by Pierre Lacotte. Her repertoire also includes solo roles in the ballets of William Forsythe and Jerome Robbins.

In 2016, she received the Best Female Dancer award at the Benois de la Danse competition for her performance in the title role of the ballet Paquita .