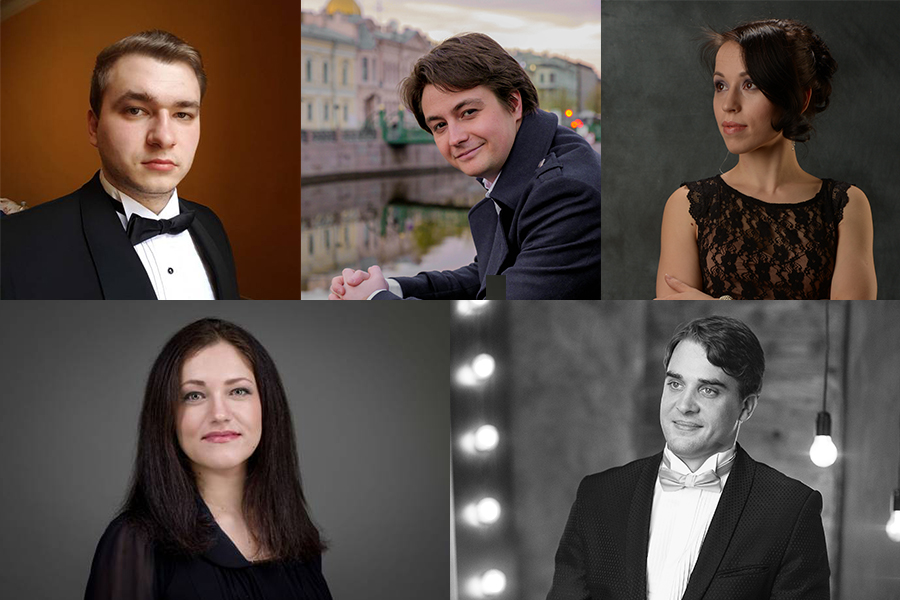 Concert by fellows of the Atkins Young Artist Program

George Bizet
Area of Micaëla from the opera Carmen

Giuseppe Verdi
The Duke’s canzone from the opera Rigoletto

Pyotr Tchaikovsky
Aria of Robert from the opera Iolanta

The Atkins program is a project of the Mariinsky Theater that unites the world’s leading teachers, accompanists, tutors and consultants on vocal skills, performing traditions and practices, languages, musical styles, acting technique, interpretation, and theatrical movement. The scholarship holders of the project are nine young singers who have already received public recognition, laureates and holders of special prizes and diplomas of the most prestigious international competitions and festivals. During the season the soloists work with the teachers and pianists of the Mariinsky Theater, as well as with the teachers of the Metropolitan Opera, Covent Garden, the Opera San Francisco, the Teatro Regio in Torino. The scholarship holders are coached by such tutors as Craig Rutenberg, Christopher Middleton, Dennis Jock, directors Lori Feldman, Peter McClintock and Paula Williams.

Participation in the Program offers exceptional opportunities for artistic and professional development such as studying abroad or practicing Italian in L’universita per stranieri in Siena.

Along with the improvement of the singing skills, the Atkins scholarship holders tour with the troupe of the Mariinsky Theater and take part in various festivals, such as Stars of the White Nights, the Easter Festival, the International Far Eastern Mariinsky Festival, Mariinsky – Vladikavkaz, etc. Also, the Atkins Program participants are involved in more than thirty productions of the Mariinsky Theater, among them: The Idiot, Eugene Onegin, Don Juan, The Nightingale, Traviata, The Love Drink, Benvenuto Cellini, The Tsar’s Bride, Simon Boccanegra, Thus Do They All, The Oprichnik, Othello, Betrothal in a monastery. The soloists have been on several tours in Mexico and Chile, and collaborated with the Munich Philharmonic Orchestra. The artistic director of the project is Valery Gergiev.

The project exists thanks to the generous financial support of Veronika Atkins (USA).