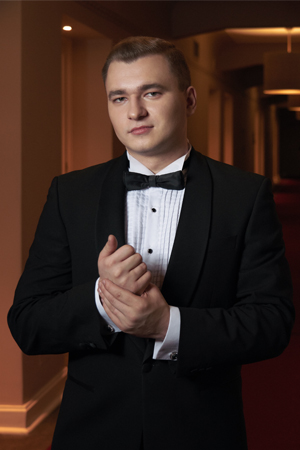 Vladislav Kupriyanov was born in Perm. In 2016, he graduated from the Perm State Institute of Art and Culture. From 2014 to 2016, Kupriyanov was a soloist with the Samara Academic Theatre of Opera and Ballet. He has interned at the Crescendo Summer Institute in Hungary. Kupriyanov has toured Germany and Hungary. He has also taken part in Kammeroper Schloss Rheinsberg festival (Germany).