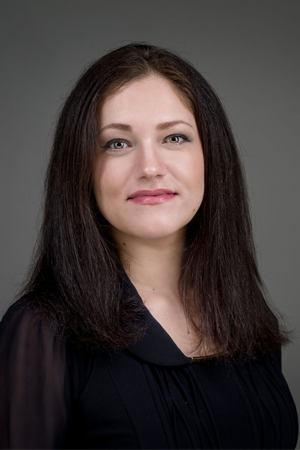 Anastasia Schegoleva was born in Lipetsk. She graduated from the Lipetsk Igumnov College of Arts as a pianist and the State Maimonid Classical Academy in Moscow as a vocalist. The repertoire includes the roles of Iolanta and Brigitta (Iolanta), Martha (The Tsar's Bride) and Mikaela (Carmen). She took part in the performance of Mendelssohn's Symphony No. 2 with the Academic Symphony Orchestra of the Moscow State Philharmonic under Yuri Simonov in the Tchaikovsky Concert Hall in Moscow and in the concert performance of the opera The Maid of Orleans at the Bolshoi Theater under Tugan Sokhiev. In 2014 she won the 3rd prize at the International Vishnevskaya Vocal Competition in Moscow, in 2016 she won the 1st prize at the International Sobinov Vocal Competition in Saratov, and in 2017 she won the Gold Medal at the International Music Competition in Berlin.