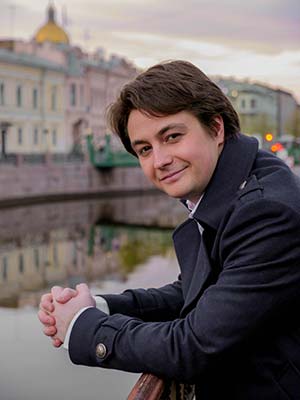 Since 2011 he has been a soloist of the Mikhailovsky theatre (St. Petersburg), and since 2012 a soloist of the Mariinsky Academy of Young Opera Singers.
In 2014 Yevgeny Akhmedov made his debut at Mariinsky Theatre performing the role of Lensky in the premiere of Evgeny Onegin conducted by Valery Gergiev.

Since 2016 Yevgeny Akhmedov is a Fellow at Atkins Young Artists Program in Mariinsky.