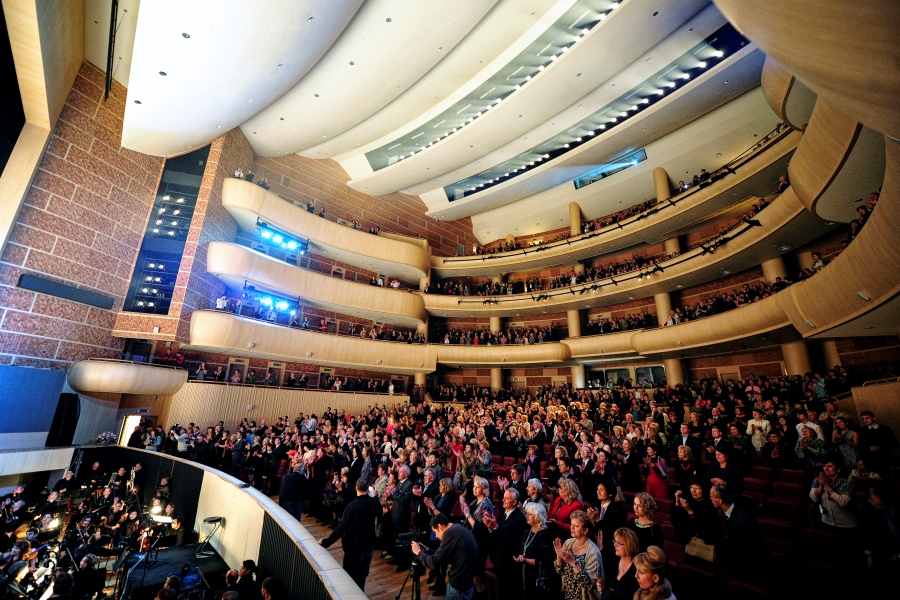 CLOSING OF THE FESTIVAL

The stage cantata Carmina Burana (1936) is Carl Orff’s most famous opus, bringing the composer international acclaim and, along with a few other 20th century masterpieces, immediately becoming part of the “gold reserves” of the popular classical repertoire. In the early 1930 the composer came across the 12th and 13th century collection of poetry Carmina Burana (Songs from Beuern), found in a Bavarian monastery. This collection included works by vagrants and medieval wandering poets – students, scholars and nomadic monks. These poems in spoken dialects – in popular Latin, old German and French – indicate that in the dim and distant past people’s interests were largely similar to what they are today: wine, women, gambling, success and wealth… Bu the main idea of the whole literary diversity lay in the fact that there is nothing everlasting in this world and man, with his trifling joys and woes is merely a plaything in the hands of capricious Fate, with the spinning Wheel of Fortune a symbol of its inconstancy. It is this image that forms a leitmotif in Orff’s cantata.

Attempting to revive music’s “ancient foundations”, the composer used only the very simplest expressive means – clear and laconic melodious formulas and harmony reduced to its basic elements. The greatest secret of the work’s success was Orff’s turning to the primordial magic of powerful and bewitching rhythms, embodied not just through the use of the huge percussion section but also thanks to the clear and declaimed presentation of the poetic text.