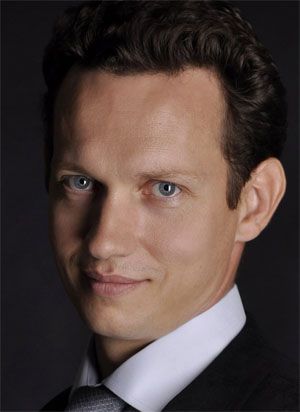 The young but already world-famous singer Vladimir Moroz (as Zurga) pleasantly surprised opera lovers with the lustrous sheen of his beautifully mellifluous “cavalier” baritone, the “European-ness” of his sound and his striking high notes. He was the undoubted leader of the ensemble in terms of style.

The Republic of Tatarstan

Vladimir Moroz graduated from the Minsk Academy of Music in 1999 (class of Professor A. Generalov). He was a soloist with the Belorussian National Opera in 1997–1999, where he made his debut as Eugene Onegin in the eponymous opera by Tchaikovsky. Soloist with the Mariinsky Academy of Young Singers in 1999–2004.

Joined the Mariinsky Opera Company in 2005.

Vladimir Moroz has toured together with the Mariinsky Opera Company to many illustrious theatres, performing roles that include: Andrei Bolkonsky (War and Peace) at the Royal Opera House, Covent Garden (2000), La Scala (2000), the Teatro Real (2001) and NHK Hall in Tokyo (2003); Rodrigo (Don Carlo) at Covent Garden (2001); Eugene Onegin (Eugene Onegin) at the Théâtre du Châtelet (2003), the Metropolitan Opera (2003), the Deutsche Oper in Berlin (2003), NHK Hall in Tokyo (2003) and the Kennedy Center in Washington (2004) and Yeletsky (The Queen of Spades) at festivals in Lucerne (2000) and Salzburg (2000, together with Plácido Domingo as Herman), as well as in Frankfurt at the Alte Oper (2012, together with Maria Guleghina as Liza); Don Alvaro (Il viaggio a Reims) at the opera festival in Baden-Baden (2010). He has also toured with the Mariinsky Opera Company to Israel, Switzerland, France, Spain, Germany, Austria, Italy, Finland, the Netherlands, the USA and China.

At the Aix-en-Provence Opera Festival he performed the role of Eugene Onegin (Eugene Onegin, 2002). At the Washington Opera he has performed the roles of Marcello (La Bohème, 2002) and Dunois (The Maid of Orleans, together with Mirella Freni as Joan of Arc, 2005). Moreover, he has appeared as Dunois (The Maid of Orleans) at Carnegie Hall (2007). At the Welsh National Opera he has performed the roles of Onegin (Eugene Onegin, 2004) and Robert (Iolanta, 2005), as well as performing the role of Robert at the Royal Albert Hall as part of the BBC Proms. He has appeared as Silvio (I pagliacci, 2004) and Enrico (Lucia di Lammermoor, together with Edita Gruberová as Lucia, 2005 and 2007) at the Wiener Staatsoper and again as Silvio (I pagliacci, together with José Cura as Canio, 2007) at the Rijeka Opera (Croatia). He has performed as Eugene (Eugene Onegin) and Figaro (Il barbiere di Siviglia) at the XXX Fyodor Chaliapin Opera Festival in Kazan (2012) and as Amonasro (Aida) at the 100th International Opera Festival in Savonlinna (2012).