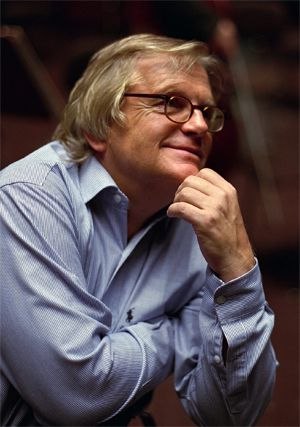 Justus Frantz was born in 1944. He began playing piano at the age of four, and later studied conducting under Wilhelm Kempff. In 1967, he won a prize at an international music competition held by a famous German TV channel, which marked the beginning of his international fame. In 1970, Justus Frantz joined the group of first-class pianists with the Berlin Philharmonic Orchestra under Herbert von Karajan. He celebrated his US debut five years later with the New York Philharmonic Orchestra conducted by Leonard Bernstein.

In 1995, Bernstein's dream of an international orchestra that brings together young professionals inspired Justus Frantz to found the Philharmonia of the Nations. As the chief conductor, Justus Frantz works all over the world and discovers new names, while constantly updating the cast of the orchestra. Violinists Maxim Vengerov, Midori and Joseph Lendvay, pianist Evgeny Kissin, and composer Martin Panteleev are among musicians who were first introduced to the audience by Justus Frantz.

In 1986, Frantz founded the Schleswig-Holstein Music Festival, remaining its director for nine years. Its Paul Hindemith Prize has become a prestigious award for contemporary composers. Justus Frantz is a co-founder of the Mecklenburg-Vorpommern Music Festival. He is the chief conductor of the Israel Sinfonietta, and the art director of the Spring in the Negev festival (Israel). Frantz has initiated the reconstruction and re-opening of the Königliches Kurtheater in Bad Wildbad that hosts Rossini in Wildbad opera festival. He is a regular guest conductor in many venues around the globe and works on a regular basis with renowned orchestras, such as the Mariinsky Orchestra, the London Philharmonic Orchestra, the Orchestre de Paris, the Sinfonia Varsovia, as well as with philharmonic orchestras of Berlin, Vienna, New York, and Osaka, among others. Every year he gives 100 free performances for young people.

Frantz founded a charitable organization The Bridge of Friendship (Die Freundschaftsbrücke) that has supported a number of projects in the former USSR states, including Russia and the Baltic countries. He has created several successful TV programmes, including Achtung! Klassik (Attention! Classical music).

Justus Frantz has received a Bambi award and a Grammy award, as well as the Order of Merit of the Federal Republic of Germany, among others.