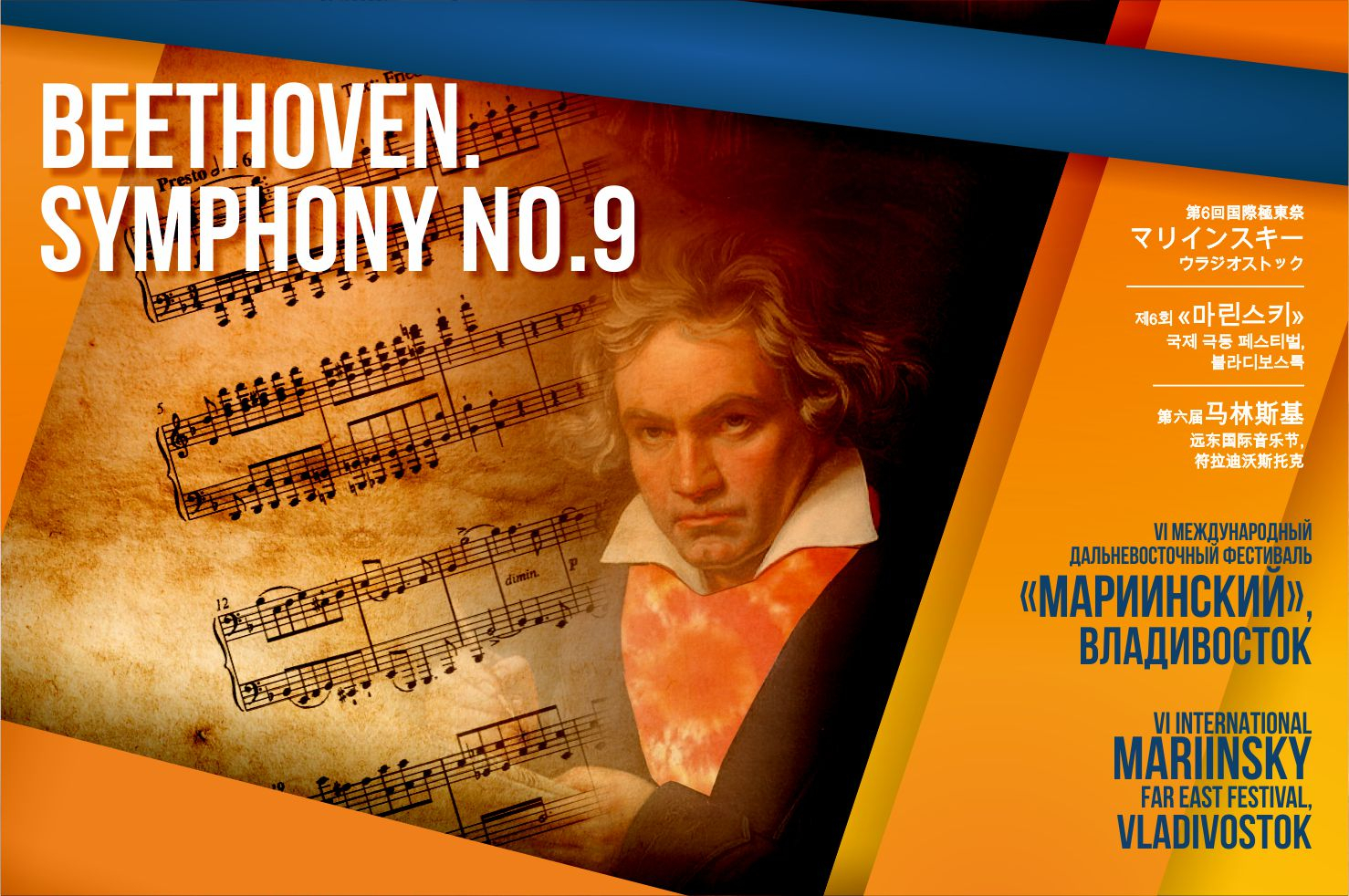 And through the peace of worldly space,
The ninth wave washed to the very stars
O Thought, reveal yourself! Word, become music,
Strike to the hearts of men, let the world rejoice!

Beethoven's Ninth Symphony ranks alongside such great works of art as Homer's poems, Dante's La divina commedia, Cervantes' Don Quixote, Goethe's Faust and Bach's High Mass... It expressed the aims of its age in an utterly perfect manner, and at the same time it gave a voice to human ideals to which we remain faithful to this very day. It concluded Beethoven the symphonist's artistic path and it also paved the way for the future.

By including poetic verse in the symphony, Beethoven took an incredibly innovative step which initially staggered his contemporaries. For the composer himself, the writing of the Ninth Symphony was the result of many years' work in an attempt to find a musical embodiment for Schiller's Ode an die Freude.

For the first time, Beethoven took a text in order to express the philosophical concept of a symphony. But the most important thing, even starting with Beethoven himself, is that the symphony – as subtly expressed by German music historian Paul Bekker – performs the role of a "secular mass" that brings concert hall audiences together in the same way that a Sunday mass brings parishioners together at church. And it is not by chance that Beethoven's brilliant rendering of Schiller's Ode an die Freude is the official anthem of the European Union, a united Europe. It is not by chance that it is performed everywhere as an apotheosis of freedom and fraternity of all mankind.

Beethoven's Ninth Symphony was first performed on 7 May 1824 in Vienna under the baton of the composer.