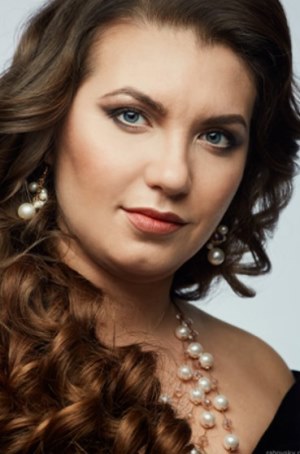 Born in Mirny (Arkhangelsk Region). Graduated from the Petrozavodsk Glazunov State Conservatoire (class of Prof. Viktoria Gladchenko). Her operatic career has been constantly linked with the Mariinsky Theatre where she began as a student of the Mariinsky Academy of Young Opera Singers before becoming a lead soloist with the opera company proper. She made her Mariinsky Theatre debut as Cherubino in Le Nozze de Figaro in 2009. Yulia gained an international recognition after winning the Tchaikovsky Competition in 2015.

The singer's repertoire currently includes more than thirty roles. In recent seasons it has expanded to feature such major works as Amneris in Aida, Marfa in Khovanshchina, Kundry in Parsifal, Venus in Tannhäuser, Lyubasha in The Tsar's Bride and Marguerite in La Damnation de Faust among others.

The singer is frequently invited to sing at the Bolshoi Theatre of Russia, the Deutsche Oper in Berlin, the Opera di Roma and the Los Angeles Opera. In the summer of 2019 Yulia made her debut at the Salzburg Festival, where she sang the role of Federica in a concert performance of Verdi's Luisa Miller. Last season she appeared in a recital and in Berlioz' La Damnation de Faust at the Gergiev Festival in Rotterdam, took part in a festival of Berlioz' music in La Côte-Saint-André and performed on Mariinsky Theatre tours to Paris, Tokyo, Hamburg, Munich and Baden-Baden.

In November 2018 Yulia made her Bolshoi Theatre debut as Carmen.

Regular guest at the Moscow Easter Festival and the Stars of the White Nights Festival, as well as the Mikkeli (Finland) and Baden-Baden festivals. She appeared at the Edinburg Festival (Les Troyens, Alexander Nevsky), Verbier Festlval (Die Walküre) and BBC Proms in London (Janacek’s Glagolitic Mass). As part of the Mariinsky tour, she sang Brangäne in the concert version of Tristan und Isolde at the Gran Teatro del Liceu. Together with the Mariinsky Opera she has toured to Austria, Finland, Sweden, U. K., France, Japan, Switzerland, Italy, Germany, China, U. S., and Spain.