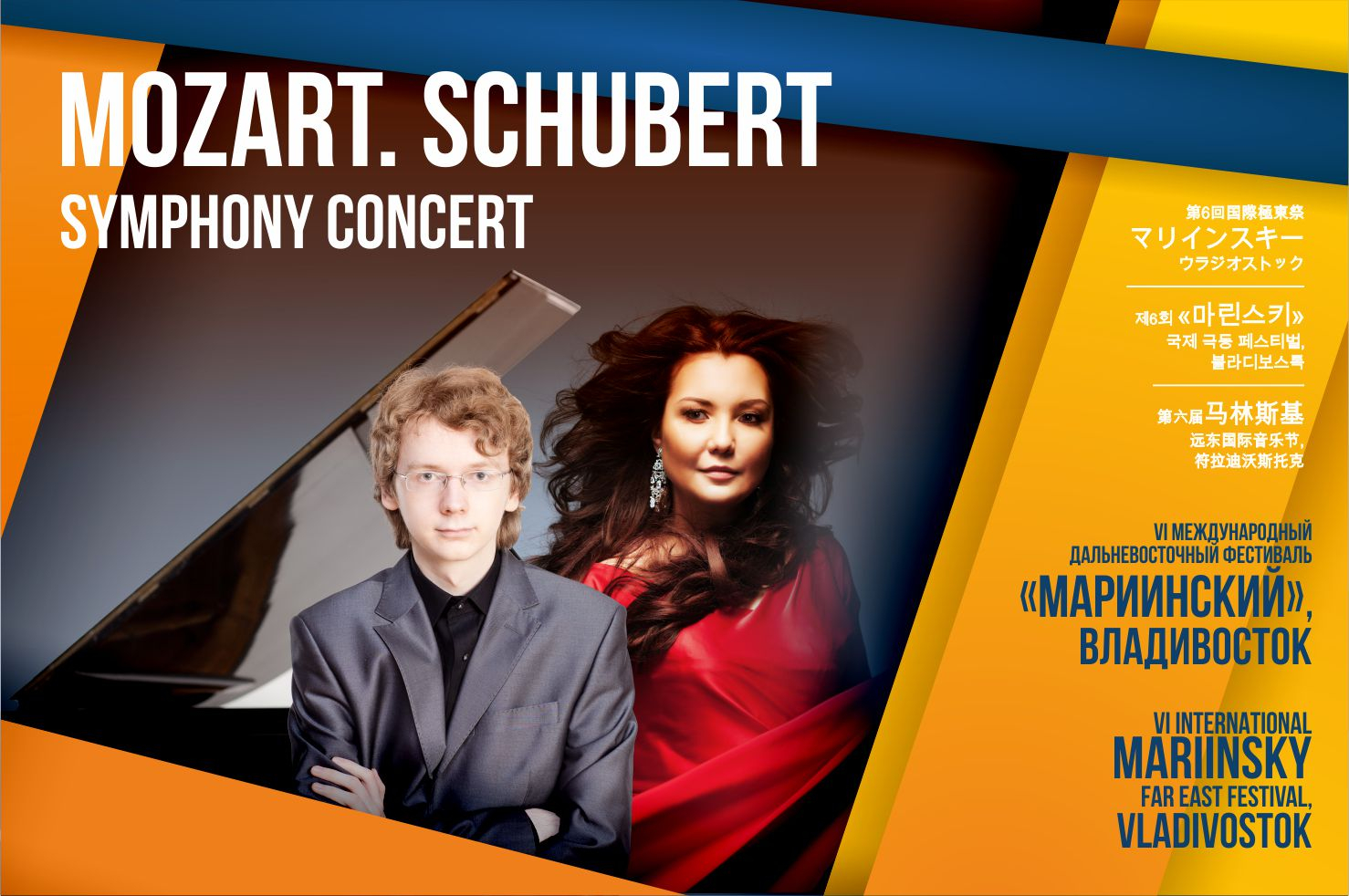 The symphonic program of the VI International Mariinsky Far East Festival will be opened with a choice concert. The first part of the concert will be dedicated to Wolfgang Amadeus Mozart. The Piano Concerto No. 17 in G major will be performed by the famous pianist Sergei Redkin, who in May 2021 became a Prize winner at the Queen Elisabeth Competition for Piano in Brussels and thus confirmed achievements of the Russian piano school.

To hear Mozart’s motet Exsultate, Jubilate (KV 165) will be a great piece of luck for music addicts. The final section Hallelujah is the most popular composition in soprano’s repertoire. However, the whole motet is rarely sung at concerts since the vocal part is extremely sophisticated. Now the audience has an exceptional opportunity to hear the motet to be interpreted by the outstanding coloratura soprano Albina Shagimuratova at the Primorsky Stage of the Mariinsky Theatre.

The second part of the concert will be consecrated to Franz Schubert’s early music. It will include the Overture In the Italian Style in C major and the Fifth Symphony in B-flat major, which was written by the composer when he was under 20. Light and harmonious, the symphony was inspired by music revelations of Haydn and Mozart, whose compositions sound stylishly and fascinatingly under the baton of Pavel Smelkov.