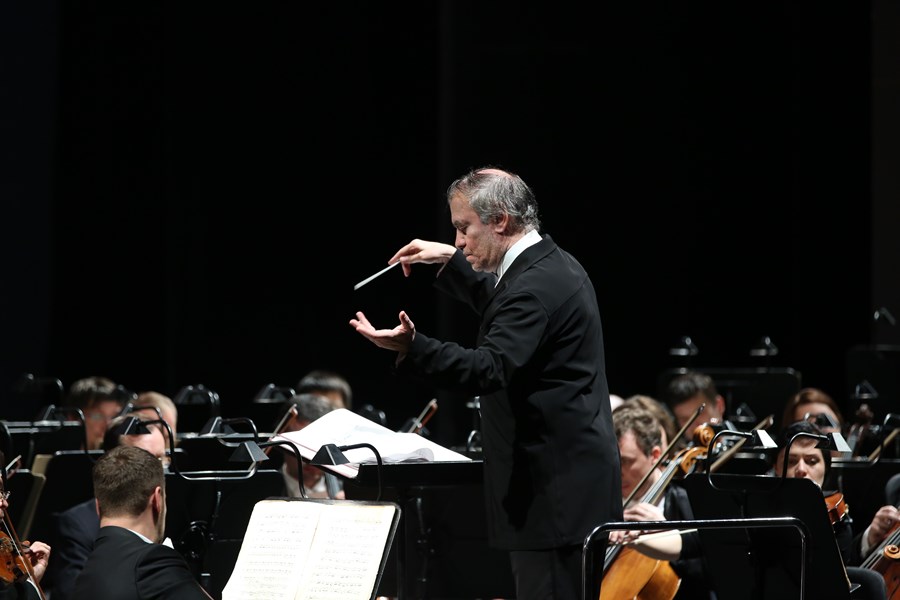 In spite of his incredible love for his Motherland, Rachmaninoff could never accept the October Revolution and in 1918 he went into self-imposed exile. In the alien lands he had to start his life from scratch: to provide for his family he toured constantly as a pianist, practically without breaks. For almost ten years he had neither time, nor mood to compose music. Only in 1926 Rachmaninoff returned to his Concerto No. 4, which he had started writing back in Russia. The concerto was premiered in America on March 18, 1927, with the composer as soloist and Leopold Stokowski leading the Philadelphia Orchestra. The Concerto had a rather cold receipt: the expectations of the public, who still remembered soulful lyricism of his First and Second Concertos, did not come true. The composer’s musical language had become more barren and graphical, with interspersing sarcastic and mocking intonations, which was, in essence, inevitable, given unstable situation in the world in the first half of the 20 century. As a result, though Rachmaninoff revised the composition twice, the Fourth Concerto is not performed as frequently as its predecessors. However, a talented execution will surely allow the listeners to discover a wealth of wonderful music in this composer’s first foreign opus: the bright and romantic theme of the first movement, rich in emotional tones Largo and the energy of fast passages and “sharp” sonorities in the Finale.

Rachmaninoff’s Rhapsody on a Theme of Paganini (1934), which he created in emigration, and which brought him incredible fame, was, in essence, a set of romantic variations on a theme of Paganini’s Cappricсio No. 24, whose striking and catchy melody had already attracted attention of many composers from Liszt to Lutoslavsky. Dramaturgically, all variations can be divided into three large distinguished sections, following the general logic of a standard concerto. The first section (variations 1–10) introduces and starts the development of the main theme, counterposed by a trademark of Rachmaninov's major compositions the Dies Irae theme (A Day of Wrath), a medieval catholic piece, serving as an embodiment of evil. This is followed by what the composer called “a transition into a love aria” (variations 11-17), culminating in a captivating nocturne, which has become a real hit. In the dashing finale the evil motives are enhanced and lead up to the moments of the highest dramatic tension. However, what the result of this struggle in Rachmaninoff’s late masterpiece is, each listener will have to decide for himself.

Rachmaninoff’s Concerto No. 2 for piano and orchestra captivated the audience right at its first performance in 1901. An unusual introduction - powerful resonant piano chords, evoking the bell tolling, heralded the appearance of a rare and original piece, “a virtuoso poem about the Motherland” - as it was described later. For about three years the composer had suffered from a severe depression and refused to compose music. However, this crisis period turned into the time of accumulation of colossal creative power and served as a kind of a catalyst for the revision of the past creative goals. In the Second Concerto Rachmaninoff appears as a mature master with a fresco manner of writing, having a deep insight into the primal essence of traditional national forms of music: bell ringing, austere plain chants, long, melodious peasants’ songs remained the staple of his works for many years. All these features can be found in Rachmaninoff’s C-minor concerto, which along with Tchaikovsky’s Concerto No. 1, has become not only the absolute leader in terms of frequency of its performance, but also one of the symbols of Russian musical art.