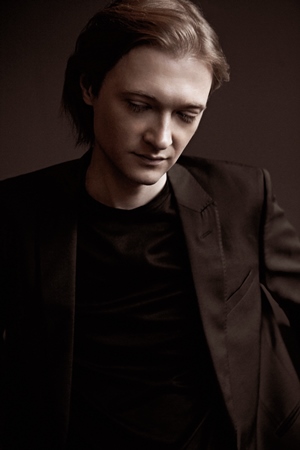 Ukrainian-Canadian pianist and composer Dmitri Levkovich was born into both avocations and honed his skills on the piano under the guidance of Sergei Babayan for 11 years and in composition at the Curtis Institute of Music. Dmitri's performances were praised for "artistic sophistication far above the ordinary" (Frankfurter Allgemeine Zeitung) and "understanding of the music far beyond most young pianists” (American Record Guide). His original compositions were reviewed in the Philadelphia’s Broad Street Review - “…the musicians could jump right into the heartfelt melodies and big emotional surges of Levkovich’s slow movement.”

Between 2005 and 2013 he earned top awards at more than a dozen international competitions, including the Cleveland, Jose Iturbi, Gina Bachauer, China Piano Competitions and the Vendôme Prize in Lisbon. Dmitri has earned ‘audience favorite’ awards and special recognition for his performances of Chopin’s works. Following Dmitri’s winning the 2013 International German Piano Award, he appeared in both the Grand Hall and Chamber Music Hall of the Berlin Philharmonie, the Grand Hall of Frankfurt’s Alte Oper, Fazioli Concert Hall in Sacile, and Shanghai’s Oriental Arts Center, as well as in Qatar and Tbilisi.