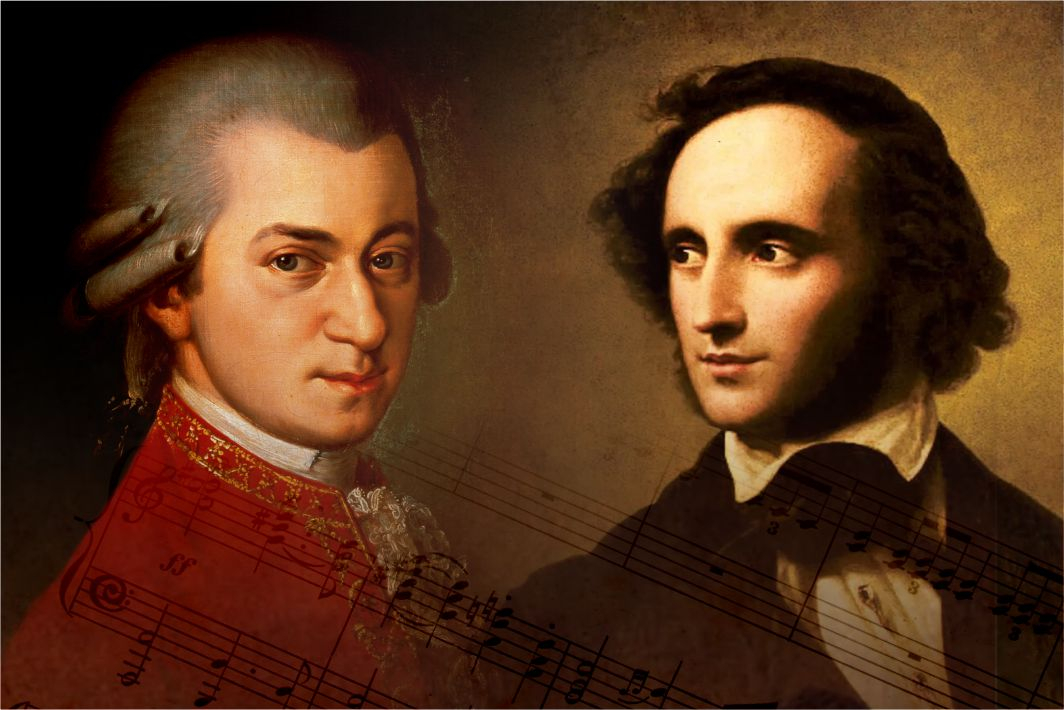 By the second half of the 18th century the clarinet, being a relatively recent invention, had not yet acquired a stable place in music. The composers only rarely included it in the orchestra and the solo works were written bearing in mind its inherent technical imitations. He who played the instrumental role in revealing all the expressive possibilities of the clarinet was Wolfgang Amadeus Mozart. The Clarinet Concerto is his last instrumental work, finished two months before his death. As with other Mozart’s clarinet works, the Concerto was a result of cooperation with Anton Stadler, composer’s friend and Masonic fellow. Mozart much appreciated the mastery of this musician who played not only the clarinet itself, but also other types of the same instrument with the range expanded to the low register. The Concerto is written for one such type named basset clarinet. Stadler played this work on basset clarinet during his tours including concerts in Riga in 1794 and possibly in St Petersburg (the program of Stadler’s concert has not remained). In the 19th century the basset clarinet had disappeared from the performing practice and the Concerto was published with the common clarinet part, where the unattainable low sounds were transposed an octave higher that caused changes in the work’s dramaturgy. This version became a stable in the performing repertory. The first movement features a plethora of themes – coquettish, exquisitely elegant and cantilena, sometimes recalling the opera Die Zauberflöte that Mozart was composing at the same time. The moods of the development (it was here that the low sounds of the basset clarinet were used) remind us of the ‘sudden darkness’, keenly noted by Pushkin. The second movement is a sublime dialogue between solo clarinet and orchestra in the spirit of the opera aria with its common ternary form. In the final rondo the vivid dance-like refrain alternates with the dramatic episodes recalling the first movement.
Vladimir Khavrov

Mendelssohn’s Italian Symphony in A Major, Op. 90, is one of the most vivid romantic period works ever produced. This symphony combines the mature and individual style of the composer with his faithfulness to classical traditions and influences of the new age.
The refinement of the melodic development and the unconstraint of the polyphonic scenes imbue the symphony with a particular charm. It was not by chance that Mendelssohn was known as the “Mozart of the 19th century”, while Stravinsky considered the Italian Symphony an exemplar of elegance in music.
Written under impressions of the composer’s travels in Italy (1830–1831), the symphony goes far beyond depictions of landscapes or programme scene imagery. Its music breathes youth, true joie de vivre and bubbling and ecstatic emotions – these burst in with the very first notes of the Allegro vivace, the most expansive of the symphony’s movements. The soaring main theme is shaded by songful lyrical images that flow unusually naturally yet which at the same time are brilliantly developed (the fugato of the strings).
The laconic second, slow movement of the symphony Andante con moto, also in sonata form, unites a bleak chorale and everyday song and dance themes. The typically Austrian Ländler of the third movement, Con moto moderato, reminds one of the Schubertian origins of romanticism, punctuated by equally recognisable voices of hunting horns in the march-like trio. The whirlwind spin of the Saltarello, only for a second rendered gloomy by sad memories, is triumphant in the finale Presto – a scene of boisterous and festive merriment, a street carnival.
Iosif Raiskin

The genre of concert arias truly flourishes in masterpieces by Wolfgang Amadeus Mozart. In addition to the so-called plug-in arias intended for inclusion in operas by other composers or Mozart himself, he created independent arias outside the operatic context. They were written “on occasion” for particular singers, to be performed in some particular concert or for audition upon employment in a theater.
Alcandro, lo confesso (KV 294) was composed in 1787 for soprano Aloisia Weber. Mozart admired her voice and vocal prowess and even fell in love at one time. However, the text of the aria, taken from Pietro Metastasio’s L’Olimpiade, originally belongs to a male character. King Cleinsthenes meets an unfamiliar young man and takes an unexplainable liking to him, not suspecting that this is his own son, who has long been considered dead. The dramatic situation turned into a sweet love confession in the soprano version.
A decade later, Mozart returned to this scene creating a version for another singer, bass Karl Ludwig Fischer (KV 512). Here the theme of the character’s fatherhood was restored, and the monumentality of the aria received a new meaning.

In 1832, Felix Mendelssohn received a massive contract from the London Philharmonic Society. It included a premiere performance of several works by the composer, with a “vocal piece” among them. Visiting London, Mendelssohn met the outstanding diva of those years Maria Malibran and her lover, the famous violinist Charles Auguste de Beriot. This meeting and the pressing order inspired the composer to create Infelice concert aria for soprano and orchestra, Opus 94. Mendelssohn hoped that Malibran herself would perform it at the opening night, and enriched the aria with a part for the solo violin, so that her star friend would also take part in the concert.
The first performance in 1834 went off without the hoped-for soloists, which, however, did not affect the audience’s response to the aria. Its touching text is based on several poems by Pietro Metastasio. The abandoned heroine grieves about the quarrel and parting, and then dwells on the pleasant times spent with her beloved one. The expressive vocal melody was perfectly complemented by the solo of the violin, which enters into dialogue with the voice, then “sings” with it, or sounds alone.
Natalia Rogudeeva