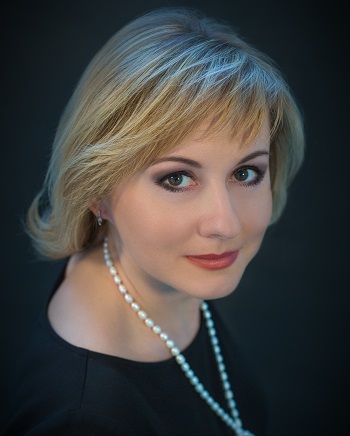 In 2010–2019, a soloist with the Astrakhan State Opera and Ballet Theatre. She took part in open air projects of the theatre Russian Operas in the Astrakhan Kremlin.

Since 2015 has been a guest soloist of the State Academic Bolshoi Theatre of Russia (Moscow).

Toured in the UK, USA, Ireland, Spain, and Portugal.

Since October 2019 she has been a member of the Opera Company of the Primorsky Stage of the Mariinsky Theatre.