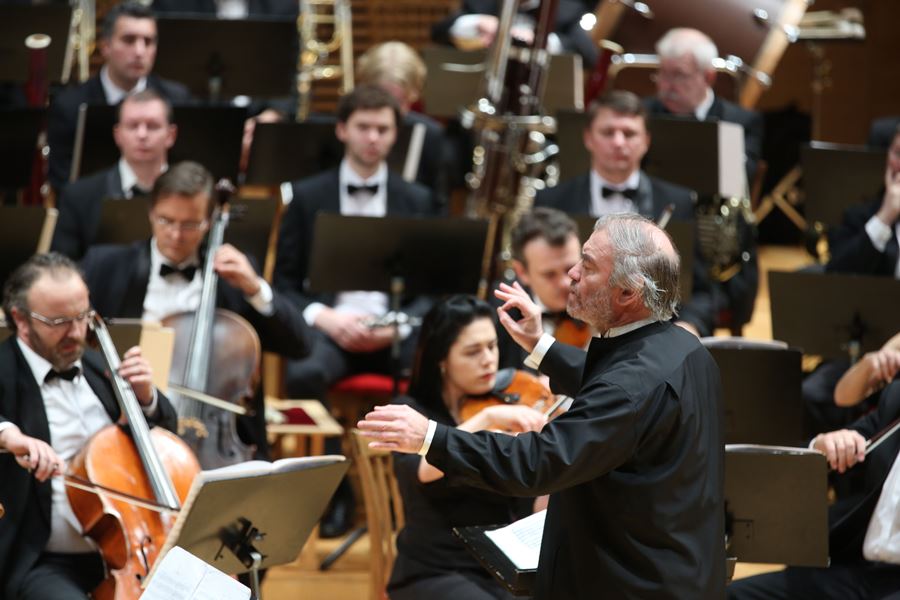 House of Officers of the Russian Army, Ussuriysk
4
August
Friday
14:00

Johannes Brahms' Violin Concerto in D Major was completed in summer 1878 and first performed on the first day of 1879 at Leipzig's Gewandhaus; the orchestra was conducted by Brahms himself, and the solo performed by Joseph Joachim, to whom the piece is also dedicated. The history of Brahms' friendship with Joachim began in 1853 at the house of Robert Schumann, where the as yet almost unknown twenty-year-old composer met the brilliant violinist, a mere two years older than himself but already known to many outstanding musicians. With his stunning violin technique, Joachim was not too transfixed by demonstrative virtuosity, in his play placing greater emphasis on exposing the inner nature of the work, its lyrical qualities.
Brahms, who was himself sceptical of outward glitter, could not but be drawn by such a feature of the violinist's nature. The Violin Concerto is one of the most vivid pieces of evidence of their collaboration and one of the most complex works in the violin repertoire. Johannes Brahms, who was a great pianist but had a somewhat cloudy concept of the particular nature of violin technique, nonetheless created a work that presented a series of new, for the time, and highly complicated performance problems. The violinist faces the most exacting demands regarding harmony playing, the ability to cover large intervals, confidence in moving to a higher register. Regarding all matters of violin technique, Brahms turned to Joachim, but, interestingly, almost never followed him. To all the violinist's objections and requests to remove the greatest difficulties from the violin part, the composer responded with insignificant changes essentially regarding the finish of the details. Subsequently, Joachim performed Brahms' Violin Concerto often, and in this he was followed by other renowned violinists of the age in turning to this masterpiece. Just like Beethoven's Violin Concerto, which greatly influenced Brahms, with the soloist and orchestra appearing as equal partners. Despite the immense difficulties of the solo part, the audience never has the sensation that virtuosity is there especially for show. Brahms' Violin Concerto is filled with stormy pathétique and beautiful lyricism with a light shading of melancholy. The work, typically for the concerto genre, comprises three movements: the well-developed Allegro, intense in symphonic feeling, the dreamy, radiant Adagio and the energetically forceful final rondo. The principal theme of the finale draws to mind boisterous Hungarian song, a kind of hint at Joachim's Hungarian blood and, at the same time, a tribute to the use of Hungarian gypsy melodies. At the very end of the life-affirming, triumphant finale, Brahms introduces several contemplative, tempered accords - like a unique and special signature of the composer, inwardly always alone and at odds with the rowdy celebration of life.

Always extremely sincere in his music, Tchaikovsky composed his Fourth Symphony at one of the most critical periods of his life, after which he was left with “general recollections of passion, the terror of sensations I have felt.” Impressions of his disastrous marriage and hasty divorce came to form a feeling of general disappointment and lack of self-confidence in the composer’s mind. The acuteness of his personal sufferings made the composition of the symphony an incredibly difficult process which required almost a year of intense work (in comparison, Tchaikovsky wrote the opera The Queen of Spades in just forty-four days). As a result, a work emerged where the eternal problem of mankind – the uneven battle of the individual against external circumstances that are indifferent to his wishes and needs – was portrayed with hitherto unknown power. In the symphony’s introduction, during the threatening theme of Fate, Tchaikovsky presents the circumstances in such a way that it becomes clear that victory is impossible for friendless human volition, “there is no landing-stage … sail over this sea until grasps you and drags you to its depths.” The musical development of the first movement reflects the succession of natural psychological reactions at the recognition of the inevitability of Fate: anguish, confusion leading to despair and, lastly, the attempt to forget oneself, to leave one’s problems behind in a world of serene illusions. The increasing distance from conflict can be sensed in the development of the subsequent movements of the symphonic cycle which led Taneyev to make the association with “a symphonic poem to which three movements were joined by chance and thus created the symphony.” If traces of the composer’s subjective emotions can be felt in the second movement, then the genre images of the scherzo and the finale may in no sense be likened to attempts to struggle against Fate, as for Tchaikovsky the futility of such endeavours had been evident from the very start.