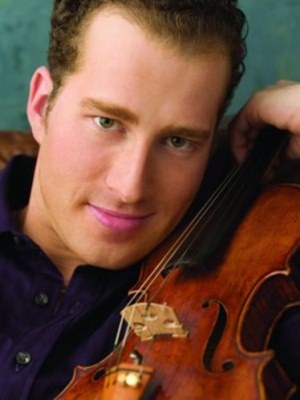 In addition to his successful international career as a violinist, the Dane Nikolaj Znaider has appeared over several seasons as a conductor, receiving engagements from the world’s leading orchestras.

He studied the violin at the Danish Royal Academy of Music under Milan Vitek. In 1992 he won 1st prize at the Carl Nielsen Competition in Copenhagen, becoming the youngest ever winner in the history of that competition. He perfected his skills at the Julliard School in New York under the tutelage of renowned teacher Ivan Galamian’s pupil Dorothy DeLay, whose other pupils have included Itzhak Perlman, Shlomo Mintz and Gil Shaham. From 1994 he took lessons in Vienna under Boris Kuschnir. The start of Znaider’s international career came with his victory at the Queen Elisabeth Competition in Brussels (1997). In recent years he has performed with orchestras under the batons of Daniel Barenboim, Mstislav Rostropovich, Mariss Jansons and other conductors. Nikolaj Znaider has longstanding connections with St Petersburg; as far back as 1998 and 2000 he took part in the Musical Olympus festival, while since 2007 he has been a regular guest at the Stars of the White Nights festival.

In 1998 Nikolaj Znaider founded the Northern Academy of Music – an annual summer school the aim of which is to give young performers first-class musical education. Znaider was Director of the academy for ten years.

The musician’s discography includes violin concerti by Elgar (with the Dresdner Staatskappelle under Sir Colin Davis, 2010), Brahms and Korngold (with the Wiener Philharmoniker under Valery Gergiev, 2009), Beethoven and Mendelssohn (with the Israel Philharmonic Orchestra under Zubin Mehta, 2005), Prokofiev and Glazunov (with the Bayerische Rundfunk Sinfonieorchester under Mariss Jansons, 2002) and Nielsen and Bruch (with the London Philharmonic Orchestra under Lawrence Foster, 2001). Together with Yefim Bronfman he recorded all of Johannes Brahms’ works for violin and piano.

In 2012 Nikolaj Znaider became the first performer of the violin concerto Sacrocanto by Austrian composer Herbert Willi, which is dedicated to him.

The musician plays a violin crafted by Giuseppe Guarnieri in 1741 from a collection once owned by Fritz Kreisler.

As a guest conductor and soloist, Nikolaj Znaider collaborates with the Münchner Philharmoniker, the City of Birmingham Symphony Orchestra, the Pittsburgh Symphony, the Orchestre Philharmonique de Radio France, the Hallé Orchestra and the Swedish Chamber Orchestra (where he held the post of Principal Guest Conductor) and many other ensembles. Each season Znaider gives several recitals with the London Symphony Orchestra. Since 2010 Nikolaj Znaider has been Principal Guest Conductor of the Mariinsky Orchestra. In the 2015–2016 season at the Mariinsky Theatre he will be conducting the operas Così fan tutte, Don Giovanni and Lohengrin as well as symphony music concerts. A subscription series of concerts with Znaider is also planned.