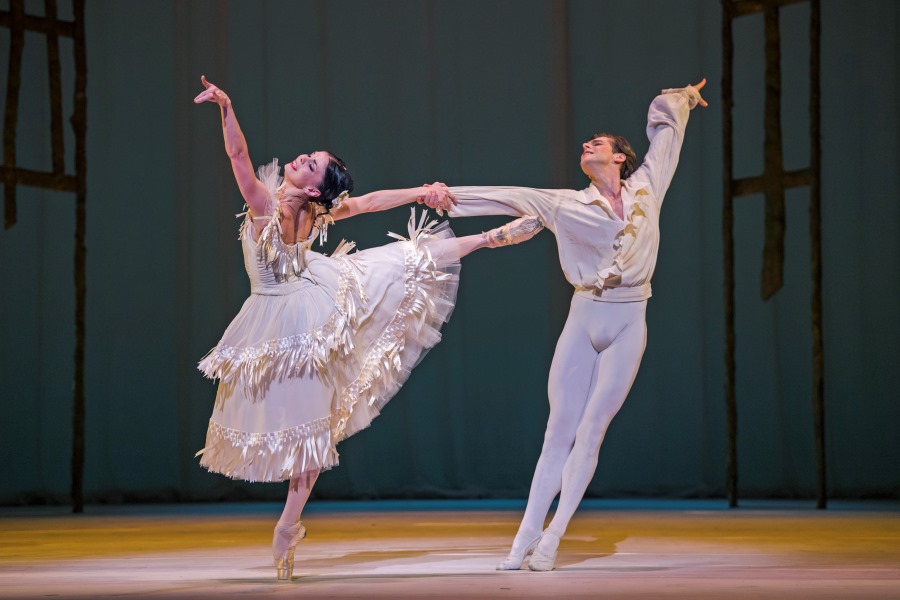 An Evening with Vladimir Shklyarov.
PREMIERE. Marguerite and Armand

One of the world’s contemporary leading dancers, principal of the Mariinsky Theatre and the Bavarian State Opera, Vladimir Shklyarov appears in An Evening With Vladimir Shklyarov with a rich mixed programme at the Primorsky Stage of the Mariinsky Theatre. “The Prince of Russian Ballet”, as Shklyarov is dubbed in the West, distinguished by his academic perfection, beautiful stage image and brilliant dramatic abilities, will showcase all the facets of his talent in a diverse choreographic miniatures and the ballet Marguerite and Armand.

Ballet 101 is Eric Gauthier’s humorous “crash course” in classical dance. In the first section, using the basic five positions as a starting point, the dancer creates 100 positions with tongue-in-cheek references to famous ballets. Following the orders of the off-camera instructor, the dancer first demonstrates the positions, and then combines them randomly to create a choreography with a surprise ending. Coming up next in the programme is the temperamental Gopak, inspired by the classical Ukrainian dance with its typical jumps, and Yuri Smekalov’s lyrical miniature Ne me quitte pas (Don’t Leave Me) danced to live performance of the famous song by Jacques Brel.

The ballet Marguerite and Armand was created by Frederick Ashton in 1963 for the legendary dancing partnership Margot Fonteyn and Rudolf Nureyev. The ballet is based on the fable of the famous La Dame aux Camélias by Alexandre Dumas, fils, set to Franz Liszt’s Piano Sonata; the prototypes of the main heroes were the writer himself and Marie Duplessis, a French courtesan, who died of consumption at the age of 23. The five-scene ballet Marguerite and Armand is presented as a series of flashbacks, where each scene just outlines the key moments of the plot, leaving the audience to guess, what was going on between them.

In the Prologue we see the end of the story: the dying Marguerite and the grief-stricken Armand. Then the action goes back to the past: the heroes meet (The Meeting), happily live in a country house, but at her Armand’s father request Marguerite breaks up with her lover (the Country House). At one of the social parties Armand publicly humiliates Marguerite (An Insult), however when he learns the real reason of their separation, he returns to his sweetheart only to learn that her days are numbered (The Death).

The Covent-Garden production was a resounding success and the performance by Fonteyn and Nureyev was so perfect that the choreographer forbade everyone else to dance the piece. It was only in 2000 that the ballet was revived by the Royal Ballet with new young stars. The title parts of Marguerite and Armand, which require not only the highest technical mastery, but also actual actors’ emotional involvement, are entrusted only to top-class performers. Among them are principal dancers of the world’s leading theaters Vladimir Shklyarov and Natalia Osipova, who will present the performance for the first time to the Primorsky Stage Audience.