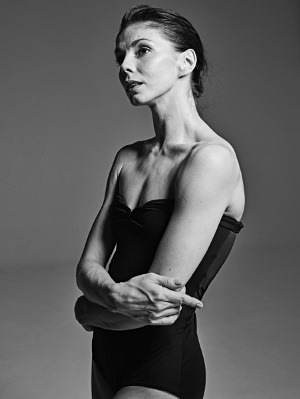 Born in Moscow.
Graduated from the Moscow State Academy of Dance in 2004 (class of Dean Marina Leonova).
From 2004-2011 she was with the Bolshoi Theatre; in 2010 she was made a Principal Dancer.
In December 2011 she joined the Mikhailovsky Ballet.
Since 2013 she has been a Principal Dancer with the Royal Ballet in London.

She has appeared as the Ballerina in Pétrouchka and Clara in The Nutcracker at the Opéra National de Paris, Kitri in Don Quixote at the Teatro alla Scala, Princess Aurora in The Sleeping Beauty, Juliet in Romeo and Juliet, the Sylph in La Sylphide, Giselle in Giselle, Kitri in Don Quixote, Swanilda in Coppélia and the Classical Dancer in The Limpid Brook at American Ballet Theatre, Katherina in The Taming of the Shrew with the Bayerische Staatsballett, Juliet in Romeo and Juliet with Denmark’s Peter Schaufuss Ballet, Kitri in Don Quixote, Giselle in Giselle and Carmen in Carmen-Suite with the Mariinsky Ballet and Juliet in Romeo and Juliet with English National Ballet. In 2011 she appeared as the soloist in a co-production by the Bolshoi Ballet and California’s Segerstrom Center for the Arts featuring the ballets Remanso (choreography by Nacho Duato), Cinque (choreography by Mauro Bigonzetti), the duet in Serenata (choreography by Mauro Bigonzetti) and Pas de Trois (choreography by George Balanchine).