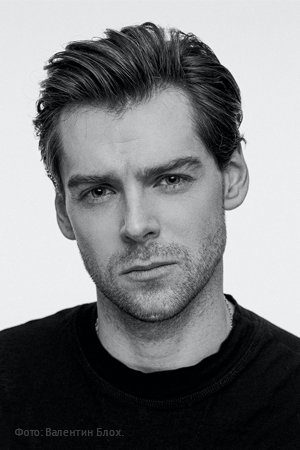 He is good at everything ... – high jumps, accurate fast tight turns, neat footwork, cabrioles that send the top leg soaring – and he was a convincing actor as a caring, and later remorseful, young lover. His interpretation of Albrecht conveys a life stifled with courtly demands, and the contrasting freedom and excitement he encounters when able to escape to the pleasures of the countryside, and especially to the young girl he loves.

… Vladimir Shklyarov is ardent, soaring, academically pure, stylish. He is a blue-blood, and he shows us a vividly passionate youth.

Vladimir Shklyarov seems to be a spoiled child of Destiny. The harmonious build, the pleasing on-stage image, the charm as a performer and the subtle dance signature… With Shklyarov, the dancing does not carry the sheer burden of work having been done. Even when the performer’s physical fatigue becomes evident his dance retains its “airy breath”.

Graduated from the Vaganova Academy of Russian Ballet in 2003 (class of Vitaly Afanaskov).

Joined the Mariinsky Ballet the same year. Principal Dancer since 2011.

Participant in gala-concerts including ones to mark the 70th birthday of the outstanding dancer Maris Liepa (Moscow, Kremlin Palace, 2006), The Mariinsky & Bolshoi Theatres (Tokyo, 2007) Malakhov and Friends (Berlin, 2008), Ballettisimo (Guadalajara, 2008) and DANCE OPEN (St Petersburg, 2010, 2014), Nureyev and Friends (Vienna, 2012) and Stars of the 21st Century (Paris, New York, 2012). He regularly appears in concerts organised by the Maris Liepa Foundation as well as galas in Kazan, Ufa and Novosibirsk. In 2012 at the Bolshoi Theatre he performed the role of Prince Siegfried in the ballet Swan Lake (Yuri Grigorovich’s version). Has taken part in recordings and broadcasts of Mariinsky Theatre ballets including The Nutcracker (2012, 3D broadcast) and Romeo and Juliet (2013). In May 2014 he made his debut with American Ballet Theatre as Solor in the ballet La Bayadère (Natalia Makarova’s version), in May 2015 also performing the role of Count Albrecht in Giselle.

From the 2016/2017 season Vladimir Shklyarov is a Principal dancer with the Bayerisches Staatsballett. In February 2019, he performed the main role in the premiere of the ballet The Three King’s Masks (choreography by Yuri Smekalov) at the Samara Opera and Ballet Theater.

In March 2019 as part of the Creative Workshop of Young Choreographers at the Mariinsky Theatre Vladimir Shklyarov together with Alexander Chelidze prepared the production Noise of Thoughts to music by Bhima Yunusov and took part in its interpretation.