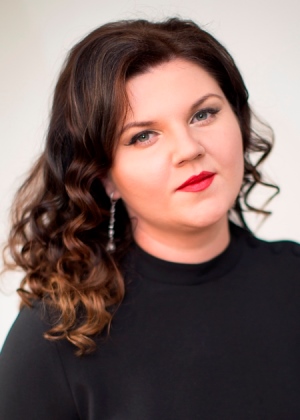 Anastasia Kikot was wonderful as the Cook. In this role the singer demonstrated a good command of her mellow, colorful voice and her well-rounded deep amplitude in conjunction with her unbelievably plain articulation.

Anastasia Kikot was born in Khabarovsk.

Along with the opera company of the Bolshoi Theatre she participated in the jubilee events dedicated to the 1150th anniversary of the founding of the city of Izborsk, performing excerpts from opera War and Peace by Sergei Prokofiev's. In 2012-2013 she performed in operas L'amico Fritz by Pietro Mascagni (conducted by Antonino Fogliani), Le rossignol by Igor Stravinsky (conducted by Marius Stravinsky) and Le Nozze di Figaro by W.-A. Mozart (conducted by Vasily Sinaisky) on the stage of the Tchaikovsky Concert Hall in Moscow.

In May 2019, she participated in the tour performances of the Tsar's Bride opera by Nikolai Rimsky-Korsakov directed by Vyacheslav Starodubtsev in the Zaryadye concert hall (Moscow) and in the Mariinsky-2 (St Petersburg).