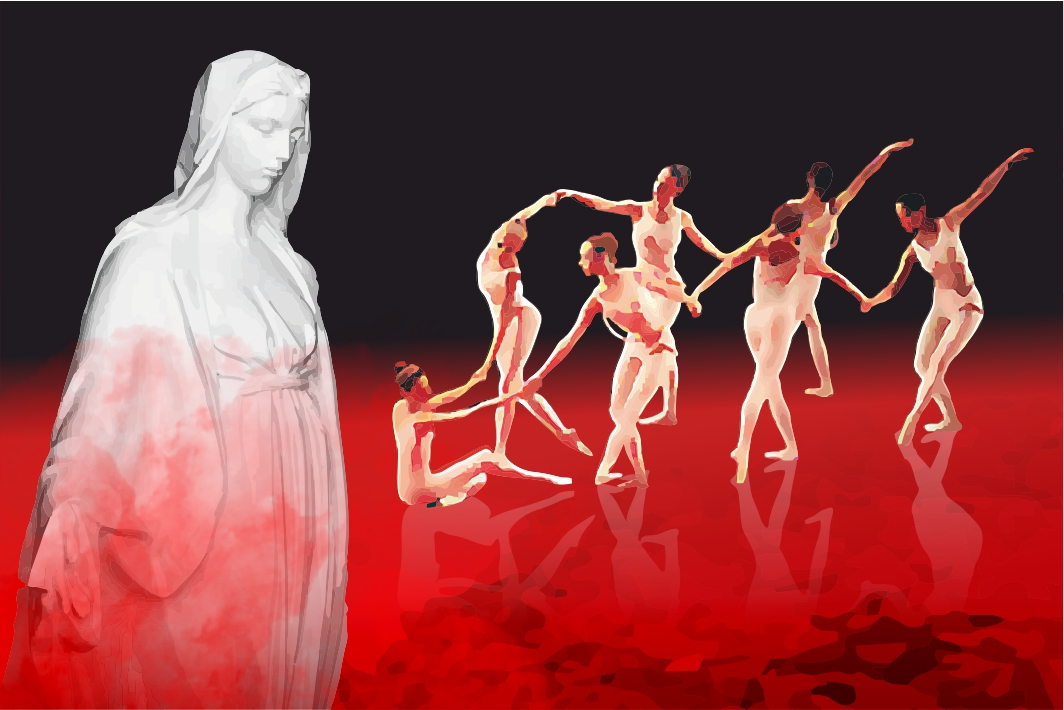 The ballet action is based on these quotes from Euripides’ Greek drama Hippolytus:

Scene 1
Aphrodite: I shall punish Hippolytus this very day.

Scene 2
Phaedra & Theseus: Go away now for the gods’ sake and let go my hand.

Scene 4
Hyppolytus: My body is pure.

Scene 9
Hippolytus: Curse on the whole race of woman.

Scene 10
Phaedra: The strength of my limbs has melted away.

Scene 11
Chorus: Her body seems so wasted, all her strength is gone.

Scene 12
Phaedra & Hippolytus: Terrible is the advent of Aphrodite. The breath of her terror is felt in every land.

Scene 15
Theseus: My dead wife, whose death is living death to me.

Scene 16
Theseus to Hippolytus: Take Orpheus for your master, dance his crazy rites.

Scene 17
Chorus: Weep for the Queen, tears for her tears.

Scene 18
Theseus: How often Aphrodite shall I in tears remember the wrong that you have done?

Although inspired by the original Greek myth of Phaedra, Flemming Flindt’s interpretation in not a literal translation, but rather a contemporary fable in which Phaedra, ignored by her husband and isolated from her children, turn to Hyppolytus in attempt to find meaning in her life.