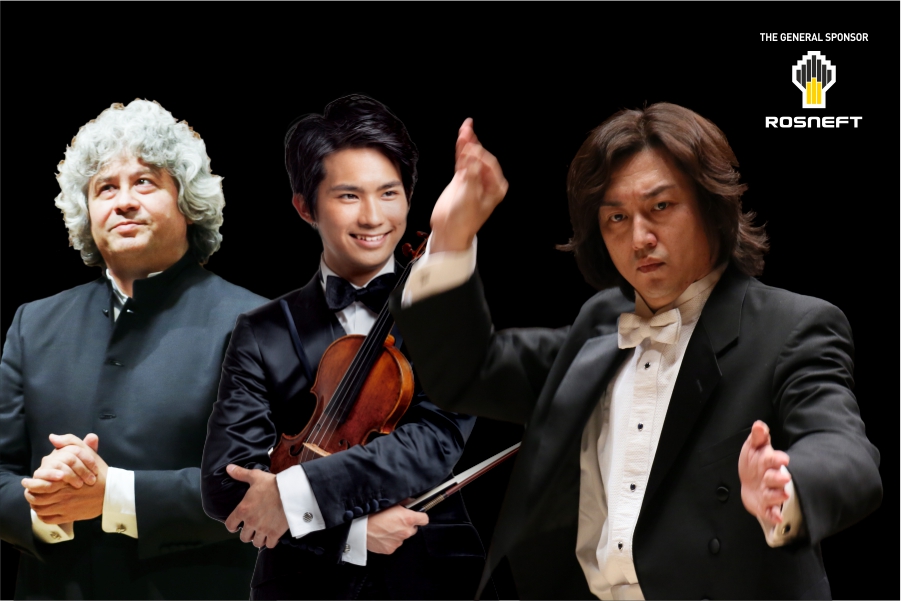 As part of the Year of Japan in Russia

The overture and scherzo from Mendelssohn’s music for A Midsummer Night’s Dream appear to have been worn from one burst of inspiration, but in actual fact one was written seventeen years after the other. In 1826 the seventeen-year-old composer had begun to read Shakespeare’s plays in translation by the German romantic poet Ludwig Tieck. As a result, on 6 August that year he completed his fantasy concerto overture, which immediately became his “calling card”. First it was performed at the Mendelssohns’ home, in 1827 it was performed in Szczecin and the next year on a bright sunny day it created a sensation in London, later followed by performances in Paris. Of the chords of the wind instruments that open the overture Franz Liszt said that they are like eyelids closing and opening so that the listener’s eyesight can penetrate the magical world of the elves. But not just of the elves: the imitation of an asinine “hee-haw” refers to the part of Shakespeare’s play when Nick Bottom is transformed into a beast. On 14 October 1843 in Potsdam the premiere of Ludwig Tieck’s production of Shakespeare’s A Midsummer Night’s Dream took place; by this time Tieck was Director of theatres in Berlin. It was logical that the Berlin conductor Felix Mendelssohn would compose another twelve musical numbers for it, including one of the orchestral entr’actes – the Scherzo.

The finest comment about the Violin Concerto by Felix Mendelssohn (1809–1847) could be the life itself of the composer and artist, idolised and called the “Mozart of the 19th century” by Schumann.
By the age of fifteen, Mendelssohn had composed numerous works in many genres. His teacher Carl Friedrich Zelter “in the name of Mozart, in the name of Haydn and in the name of the old man Bach” introduced Felix to his apprenticeship. Soon the overture A Midsummer Night’s Dream (1826) would bring the sixteen-year-old composer the laurels of immortality; the “apprentice” had become an acclaimed maestro.
At the age of twenty he breathed new life into Bach’s Matthäus-Passion. A grateful pupil, he revived Handel’s oratorios and for the first time performed Schubert’s long forgotten Symphony in C Major, The Great, which had been revived by Schumann. An honorary citizen of Leipzig, he founded the first conservatoire in Germany... Mendelssohn combined modern trends with traditions; the harmoniousness of his outlook made him a “classic” among the Romantic composers.
Mendelssohn’s Violin Concerto in E Minor (1844) stands alongside the brilliant concerti of Bach, Mozart, Beethoven, Brahms and Tchaikovsky... His music is filled with romantic ardour and impresses with its melodic beauty and surprisingly plastique form. The work, which appears to have been born in a single burst of inspiration, was planned over a lengthy period; the composer sought advice about the solo violin part from his friend Ferdinand David, an outstanding violinist and professor at the Leipzig Conservatoire. It was he who performed the premiere of the concerto in Leipzig on 27 March 1845.

In the four movements of this aural, finely woven
fabric one can hear and see miracles...
Boris Asafiev

“The idea of an orchestral piece based on scenes from Schéhérazade came to me in the middle of winter in 1887,” Rimsky-Korsakov wrote in his Chronicle of My Musical Life. In just two months in the summer of 1888 the composer had completed the score of the four-movement suite for full symphony orchestra.
“The programme that guided me when composing Schéhérazade,” Rimsky-Korsakov continues, “were individual scenes – not connected with one another – taken from One Thousand and One Nights, scattered throughout the four movements of the suite: The Sea and Sinbad’s Ship,
The Tale of the Kalendar Prince,
The Young Prince and the Young Princess and Festival at Baghdad.
The Sea. The Ship Breaks against a Cliff
Surmounted by a Bronze Horseman.
A great musical storyteller, Rimsky-Korsakov created a work that truly stands alone with its amazingly picturesque nature, the orchestral colours and its almost tangible aural inventiveness. It is not for nothing that the score of Schéhérazade has received incredibly lofty praise from such musical “illustrators” as Debussy and Ravel. At the same time, in Schéhérazade one can make out a deep and philosophical subtext – a hymn to the majesty of nature and the all-conquering power of human love and the glory of the creative spirit... The visible expressiveness and plastique imagery of the music stir the listener’s imagination even without the programme titles.