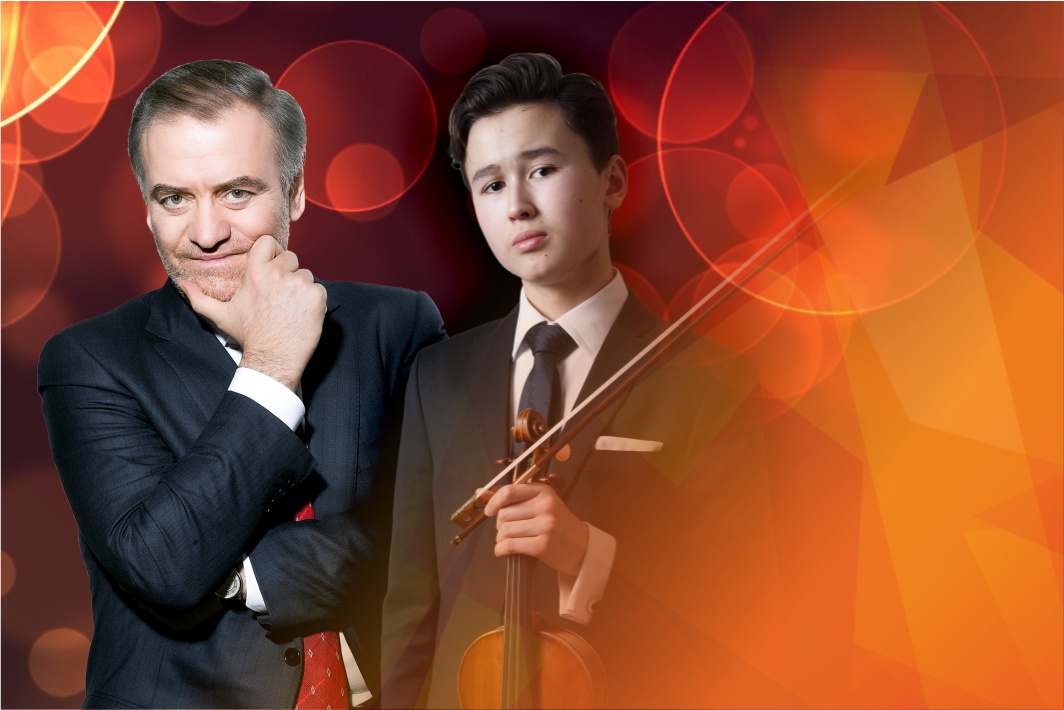 Marking 135 years since the birth of Igor Stravinsky

The name of Max Bruch (1838–1920) may not resonate as loudly as those of Mendelssohn or Brahms in the world of music, but his Violin Concerto No 1 in G Minor, Op. 26, occupies a respected position in the library of great romantic masterpieces.
Max Bruch was born in the same year that Mendelssohn drafted the first sketches of his Violin Concerto in E Minor. The premiere of Bruch’s concerto took place ten years after Schumann’s death. One decade later came the acclaimed Violin Concerto by Brahms. And yet there is another great musician whose art united all of these aforementioned violin concerti in a tradition that lasted an entire century. His name was Joseph Joachim. The title page of Bruch’s Violin Concerto bears the dedication “To Joseph Joachim as a sign of friendship.” The sketches of the Concerto in G Minor possibly date to 1857 when the nineteen-year-old Bruch graduated from the Konservatorium in Cologne, where his teachers had included Ferdinand Hiller and Carl Reinecke. At the age of twenty Bruch was already teaching subjects on music theory at the Konservatorium. Premieres of his operas, oratorios, symphonies, instrumental concerti, chamber ensembles and vocal cycles all followed one after another... Bruch’s choruses were particularly popular in Germany. He conducted operas and concerts of symphony music throughout Germany and abroad. Max Bruch’s pupils included representatives of various national composition schools such as the outstanding 20th century Italian Ottorino Respighi and Briton Ralph Vaughan Williams.
Interest in music’s national sources and exotic cultures was an inherent feature of romanticism. Bruch’s most popular works include Schottische Fantasie for violin and orchestra, Adagio on Celtic Themes, the Jewish melody Kol nidrei for cello and orchestra and adaptations of Russian and Swedish songs and dances... Contemporaries gave lofty appraisals of Bruch’s gift as a fervent romantic, a first-class and vivid melodist, a master of refined musical form, an erudite man and a dazzling professional. In the same year as Tchaikovsky, Saint-Saëns, Grieg and Boito (1893) he was awarded the title of Honorary Doctor of Music by the University of Cambridge. In the summer of 1864 Bruch, while mulling over a concerto, returned to some earlier sketches. The premiere of the first version of the Concerto in G Minor was conducted by the composer on 24 April 1866 in Koblenz. The composer, however, continued to hone his opus. In the summer of 1866 he sent a revised version of the concerto to Joseph Joachim, who first performed the final version on 7 January 1868 in Bremen. It was soon being performed in other cities. It featured in the repertoires of Ferdinand David and Leopold Auer and subsequently of other great violinists throughout the world.
The structure of the concerto is unusual: all of the movements are restrained, in sonata form. From the deep low rumble of the kettledrums the introduction develops – a violin recitative supported by the orchestra, reminiscent of some bard’s epic tale. The rhythmically resilient and passionate “flight” of the violin solo and the broad, expressively intense and lyrical melody – both themes of the Allegro moderato are subjected to development in the dialogue between the soloist and the orchestra, in the passages at times lyrical and elegiac and, at others, stormy and dramatically virtuoso. The brief solo cadenza of the violin (using the same material as the introduction) “imperceptibly” and uninterruptedly flows into the second movement – the divine Adagio, a true musical pearl that impresses with the rare beauty of its melodic images. The tensely pulsating rhythm of the introductory bars of the Allegro energico foretells the sweeping and noble principal theme of the finale. In its distinctly Hungarian character one can observe a unique “compliment” to Joseph Joachim (years later, Brahms would do a similar thing in the finale of his Violin Concerto). In the image of the second, broadly pathétique theme, hymn-like features are predominant. The concerto concludes with an energetic and dazzling coda.