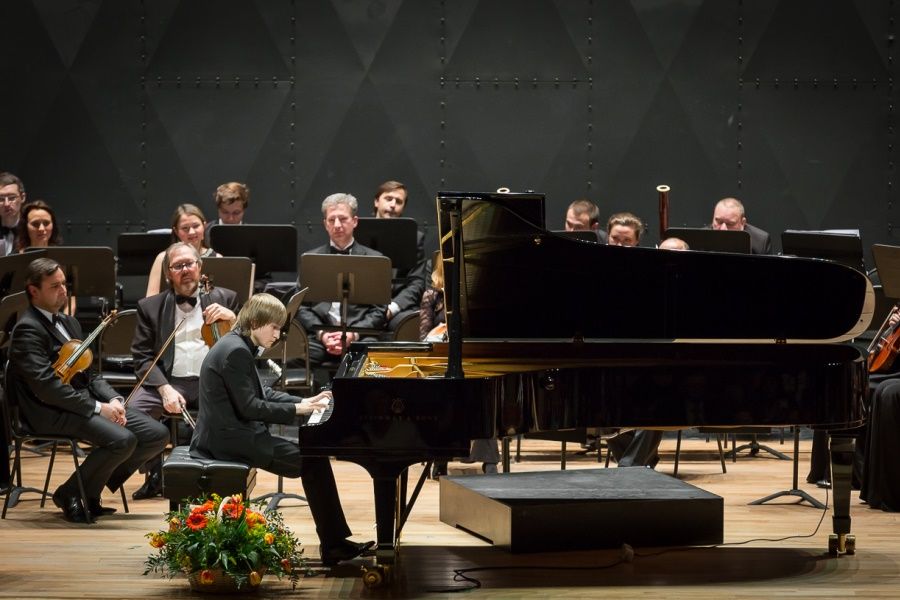 Edvard Grieg’s suite From Holberg’s Time is a tribute to the outstanding educator and enlightener, Danish playwright Ludvig Holberg (1684–1754). A native of Bergen, also Grieg’s hometown, Holberg was a man of Danish theatre, as famous in Norway as he was in Denmark, and he hailed from two national cultures. On 3 December 1884 to mark two centuries since Holberg’s birth, Bergen unveiled a new monument to the writer. Under Grieg’s baton, the square before the monument hosted a performance of his choral cantata In Memory of Holberg. And on 7 December at an anniversary concert, Grieg premiered the piano version of the suite From Holberg’s Time. Already by February the next year, Grieg completed the orchestration of the score and on 12 March 1885 he conducted the premiere of the orchestral version. It was, indeed, in the orchestra that Grieg conceived, in his own words, the work for which he had used as a prototype the orchestral suites by Bach and Handel, Holberg’s contemporaries. As per tradition, the cycle opens with a Prelude expressed in a triumphal and lofty tone. Both the Sarabande and the Gavotte follow, imbued with Bach’s spirit, and in particular the sad Aria, which forcibly recalls the slow movements of Bach’s violin concerti, arias from his cantatas and his passions.
The lively Rigodon, replacing the traditional jig, crowns the suite: the contrasting centre episode recreates the lyrical and dramatic images of the Aria, and the triumphal pace of the final harmonies of the tutti draws an arch back to the Prelude.

The Mariinsky Stradivarius Ensemble consists of musicians who perform on early and unique-sounding string instruments made by the greatest Italian craftsmen. The ensemble was founded in 2009 on the initiative of Valery Gergiev, Artistic and General Director of the Mariinsky Theatre. There are currently over twenty musicians in the ensemble. They are all great performers in their own right and leaders of the Mariinsky Orchestra. Each instrument performed on by the musicians of the Stradivarius Ensemble is in itself a masterpiece with its own history, filled with amazing memories. There are extremely rare instruments made by Amati, Stradivari, Guarneri, Guadagnini and Gofriller.

The instruments of Nicolò Amati, one of the founding members of the renowned Cremona school, stand apart for their tender and often songful timbre. This master craftsman created the original model now known as the “Grand Amati”, which retained the genius’ “trademark” sound but also took on a richer and deeper timbre. There are extremely few instruments made by Nicolò Amati still in existence today and all are incredibly valuable.

Amati’s brilliant pupil Antonio Stradivari continued to perfect the work of his teacher. Having attained a songful and pliant sound, he made the form of the instruments more curved and devoted great attention to their adornment. The most magnificent works of the so-called “Golden Age” (1698-1725) stand apart for their magnificent ornamentation and the beauty of their timbre, somewhat reminiscent of a woman’s gentle voice.

The Stradivarius Ensemble’s instruments also include examples of another acclaimed pupil of Amati – Giuseppe Guarneri del Gesù. The sound of his instruments is remarkable for its incredible power and spirit; connoisseurs value his instruments even more than those of Stradivari. Paganini’s favourite violin was made by Guarneri: this legendary musician referred to it as a “Cannon” (Cannone) because of its incredibly powerful sound. Guarneri’s instruments have been the instruments of choice of such musicians as Henri Vieuxtemps (his violin is currently the most valuable string instrument worth a record eighteen million dollars), Eugène Ysaÿe and Fritz Kreisler.

The timbre of the instruments of Giovanni Battista Guadagnini – a maestro who worked at the courts of various Italian aristocrats − is remarkable for the exceptional noble quality of the sound. Guadagnini’s cellos are particularly valuable, the craftsman having modelled his version of the instrument in collaboration with the brilliant cellist Carlo Ferrari, one of the greatest virtuosi of his day.

Matteo Goffriller, the founder of the Venetian school of string instruments, is also famous as a master cello-maker. Pablo Casals performed on a Goffriller cello.