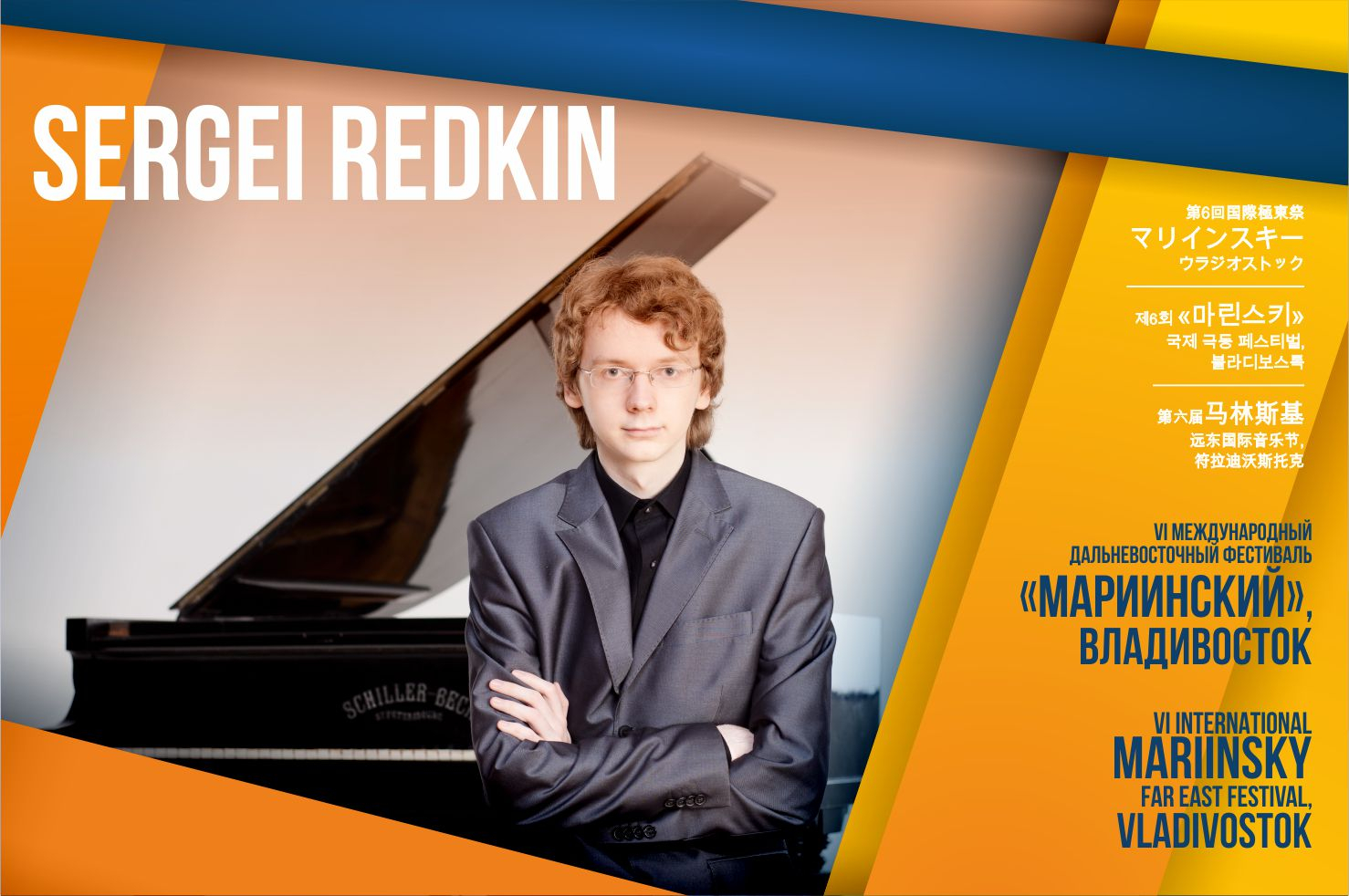 Sergei Redkin as a pianist trained in Saint Petersburg, is well known to the Primorsky Stage audience. He has often appeared with symphonic, chamber and solo programs in Vladivostok. Sergei Redkin regularly tours throughout Russia and abroad – throughout Germany, Austria, France, Switzerland, Sweden, Finland, Portugal, Monaco, Poland, Israel, the USA and Mexico. He has been a prizewinner at numerous international competitions. In 2015 he won the Third Prize and the Bronze Medal at the XV International Tchaikovsky Competition in Moscow. In 2021 Sergei Redkin became a Second Prize winner at another major international competition – the Queen Elisabeth International Competition in Brussels.