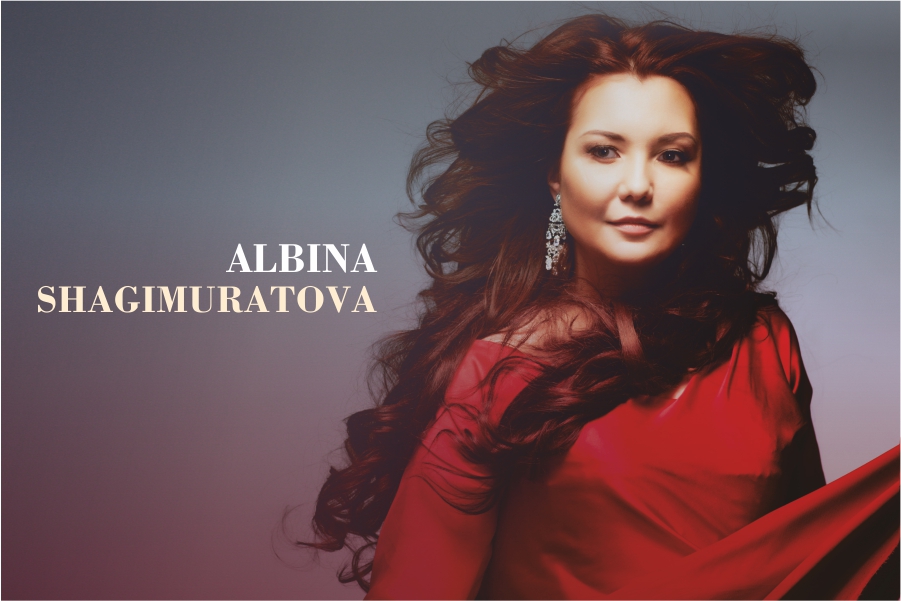 “Soprano Albina Shagimuratova is a phenomenon that must be heard to be believed,” summarized his impressions of the singer the reviewer of Opera News. Her victory at the International Tchaikovsky Competition, when the jury unanimously awarded the artist the First Prize and the Gold Medal, opened her the way to the leading stages of the world. Soon after, Albina Shagimuratova made her European debut in Mozart’s hometown – at a festival in Austrian Saltsburg which it quickly put her on the international radar. The singer brilliantly performed the fiendishly difficult legendary part of the Queen of the Night, enthralling the audience with her filigree technique, great artistic temperament and the timbre of incredible beauty – rich and, at the same time, light and resonant, cordial and warm, crystal coloratura soprano. Since that time Mozart's heroines have occupied one of the central places in the singer’s career and her solo programme at the Primorsky Stage will also open with an aria from a rarely performed early Mozart’s opus.

Coloratura soprano is a rare type of voice which can access the highest notes, firing out agile, fast paced passages and endless trills, which at times seem to be at the edge of human abilities. The colossal virtuosity of such voices has been used by composers to express various feelings and conditions. The proof of this are famous arias from “the Golden Age of belcanto”: cavatina of flirtatious and capricious Rosina from the comic opera Il barbiere di Siviglia, who use her trills to emphasize the stubbornness of her character; Norma’s fervent prayer Casta Diva to the Celts’ Chaste Goddess, the wide range of the wonderful melodic line of which seems endless; the stunning “Mad Scene” from Lucia di Lammermoor, in which the singer’s voice competes with the flute, is a vivid example of how an incredible vocal complexity can come together with a high tragic drama.

The second part of the concert is devoted Russian composers, with special place given to Nikolai Andreyevich Rimsky-Korsakov, who was known for his affection for coloratura soprano: the song of The Queen of Shemakha, the leading character from his last opera The Golden Cockerel, is imbued with seductive grace of the fairy-tale Orient. The evening will be concluded with a piece absolutely unique for the world’s vocal literature – Concerto for Coloratura Soprano and Orchestra by Reinhold Glière. This composition places high demands on the soloist: agitation and sadness of elegiac Andante, festive excitement in the sparkling waltz Allegro must be communicated by her without words, baring not only the very timbre of her voice, but her inner artistic content. Only a top class singer is capable of delivering a highly artistic performance of Glière’s Concerto and Vladivostok audience is lucky to have an opportunity to hear this masterpiece performed by the outstanding soprano of our time - Albina Shagimuratova.