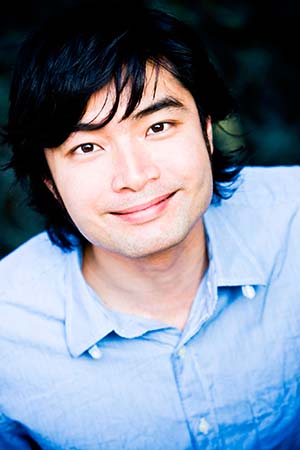 Darrell Ang’s uncommon gift was discovered at the age of four when he began to play violin and piano. His natural artistic curiosity had no bounds, and soon he was inspired to study composition. As a teenager, he followed his musical dream to Vienna, and then to St. Petersburg where he studied conducting under the tutelage of Leonid Korchmar in the grand tradition of the legendary Ilya Musin. There he developed a particular passion for 20th century Russian music which, along with French and contemporary Asian repertoire, remains central to his artistic identity. Darrell Ang continued his studies at Yale, becoming its first Conducting Fellow.

Three years later Darrell Ang was selected to join the prestigious International Conductors' Academy of the Allianz Cultural Foundation and invited to take on residencies with the London Philharmonic Orchestra and the Philharmonia Orchestra. Lorin Maazel and Esa-Pekka Salonen were his mentors, to whom he remains grateful for their invaluable advice and support. In the UK, he also regularly conducts the Royal Liverpool Philharmonic Orchestra, as well as regular return invitations to the London Philharmonic and Philharmonia. On the Naxos label he is currently preparing several recording projects of works by French and Asian composers. His first disc – a recording of music by the Chinese composers Zhou Long and Chen Yi – was nominated for a Grammy in 2016, and in December of that year Darrell Ang was appointed the Artistic/Music Director of the Sichuan Symphony Orchestra in China.

In his native Singapore, he became the youngest Associate Conductor of the Singapore Symphony Orchestra and served as the Music Director of the Singapore National Youth Orchestra. In 2010 Darrell Ang led the World Youth Olympic Games Orchestra in an internationally-televised opening ceremony of the first-ever World Youth Olympic Games in Singapore. As the chief conductor of the NTSO Taiwan-China Youth Orchestra, Darrell was at the heart of the initiative which brought together the best young musicians from China and Taiwan, leading them in high-profile concerts at the national concert halls of Beijing and Taipei.

Also a composer of note, his Fanfare for a Frazzled Earth was commissioned by German chemicals company LANXESS and premiered by the Singapore National Youth Orchestra in 2011. Darrell Ang is fluent in English, German, French, Italian, Russian and Mandarin, most of which he learned for the purpose of rehearsing in the orchestras' native languages.