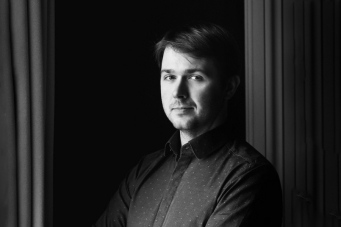 On November 25 and 27, 2022, Ivan Gyngazov, recipient of the Onegin National Opera Award, will appear in the main male roles in two Russian operas.

On November 25, 2022, the soloist will perform the part of Ivan Lykov in, perhaps, the most stylish production of the Theatre, Nikolai Rimsky-Korsakov’s most famous opera The Tsar’s Bride. The plot is based on the historical episode of the third marriage of Ivan the Terrible. Marfa Sobakina is the royal bride who has left behind many dozens of beauties who appeared before the Tsar. Together with Ivan Gyngazov, soloists of the Primorsky Stage Opera such as Yevgeny Plekhanov, Alina Mikhailik, Alexei Repin, Sergei Pleshivtsev, Tatiana Makarchuk and Ilya Astafurov, will appear on the stage of the Great Hall.

On November 27, 2022, the soloist will present his interpretation of the famous part of Herman in the large-scale musical canvas, The Queen of Spades by Pyotr Tchaikovsky. Yuri Temirkanov’s production has become a classic example of opera direction, having received international recognition and a happy life on the theatre stage for many years. The central figures of St. Petersburg of the Catherine era are reproduced in the performance with incredible accuracy, from the statues of the Summer Garden to interior details and costumes. Soloists of the Primorsky Stage such as Vyacheslav Vasilyev, Alexei Repin, Irina Kolodyazhnaya, Alena Diyanova and Laura Bustamante, will perform other parts in the opera. Both performances will be conducted by Pavel Smelkov, Principal Conductor of the Primorsky Stage.

As a reminder, Ivan Gyngazov appeared in the parts of Bogdan Sobinin in A Life for the Tsar, Radamès in Aida and Manrico in Il trovatore within the framework of the VII International Mariinsky Far East Festival, Vladivostok, which this year took place from July 28 to August 14.

“Helicon Opera’s tenor Ivan Gyngazov has mastered the most difficult title opera part which combines dramatic intensity and extremely high upper notes. The vocalist’s skills increase with each passing year, and he can control better and better his powerful and rich though not too obedient voice”, said the well-known critic Alexander Matusevich in Kultura (“The Culture”) newspaper about the singer’s performance.

The singer’s repertoire includes parts from such operas as Eugene Onegin, Prince Igor, Madama Butterfly, Il trovatore, Turandot, Mazepa, Un ballo in maschera, Carmen, Iolanta, Tosca, etc. The soloist has performed at many international theatre venues including the Theater an der Wien, the Semperoper Dresden, the Teatro Petruzzelli in Bari, the Alexandrinsky Theatre, the Musikverein in Vienna, the State Academic Bolshoi Theatre of Uzbekistan named after Alisher Navoi, the Moscow Philharmonic Society, the Moscow Concert Hall Zaryadye, the Bolshoi Theatre of Russia in Moscow, the Mikhailovsky Theatre and the Opéra de Rouen Normandie.