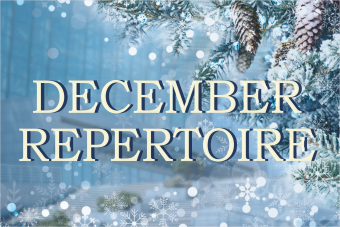 Premiere of Pagliacci, fairy ballets and symphony concerts at the Primorsky Stage of the Mariinsky Theatre in December

The Primorsky Stage of the Mariinsky Theatre offers an eventful December program for spectators of various ages with different preferences.

Modest Musorgsky’s Khovanshchina with the magnificent original stage direction by Leonid Baratov will be continued to be premiered on December 3, 5 and 7, 2021. The orchestra will be under the baton of Pavel Smelkov, Principal Conductor of the Primorsky Stage.

On December 12, 2021 the audience will see an updated version of The Tale of Tsar Saltan by Nikolai Rimsky-Korsakov. Stage Director of the opera: Ekaterina Malaya, Video Designer: Vadim Dulenko.

The famous opera Pagliacci by Ruggero Leoncavallo will be premiered on December 24 and 25, 2021. Stage Director and Set Designer: Marat Gatsalov, a recipient of the Golden Mask theatre prize. The opera will be conducted by Pavel Smelkov.

The long-awaited return of the Principal Guest Conductor Shizuo Z Kuwahara, Japan, to the Primorsky Stage will occur in the middle of December. On December 16, 2021 the maestro will conduct a symphony concert comprising works by Soviet composers: Dmitri Shostakovich’s Symphony No. 10 and Rodion Shchedrin’s compositions. Shizuo Z Kuwahara will also hold baton during performances of the one-act ballet Daphnis et Chloé on December 17 and 18, 2021.

On December 10, 2021 the Primorsky Stage program puts on a symphony concert to celebrate the 200th birth anniversary of the poets Apollon Maykov and Nikolay Nekrasov. Some masterpieces by Pyotr Tchaikovsky, Nikolai Rimsky-Korsakov, Sergei Rachmaninoff and Georgy Sviridov will be performed conducted by Pavel Smelkov. On December 23, 2021 the audience is expected to enjoy a New Year Gala given by soloists of the Primosrky Stage Opera Company.

In December the youngest audiences will enjoy children’s operas in the Chamber Hall of the Primorsky Stage, such as Murych the Cat on December 4 and 18, 2021, Scenes from the Life of Nikolenka Irtenev on December 26, 2021 and The Little Prince on December 11 and 30, 2021.