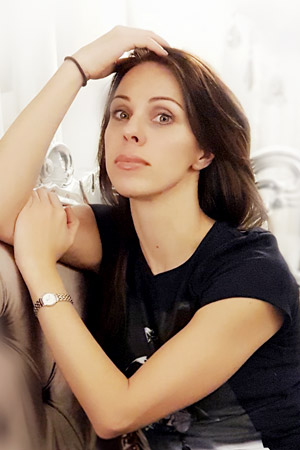 In their solos Nadezhda Gonchar and Filipp Stepin were like racetrack Ferraris, faultlessly attaining super-high speeds and freezing instantly in unconstrained pauses.

Born in Kiev.
Graduated with distinction from the Kiev State School of Dance in 1996 and was engaged as a soloist at the Kiev National Shevchenko Theatre of Opera and Ballet. Her repertoire there included Myrtha (Giselle), Aurora and the Lilac Fairy (The Sleeping Beauty), solos and variations from Paquita, Juliet (Romeo and Juliet, Serge Lifar’s staging) and the Queen of the Dryads (Don Quixote).
Joined the Mariinsky Ballet in 2002.

Has toured with the Mariinsky Ballet to Great Britain, Germany, Korea and China.