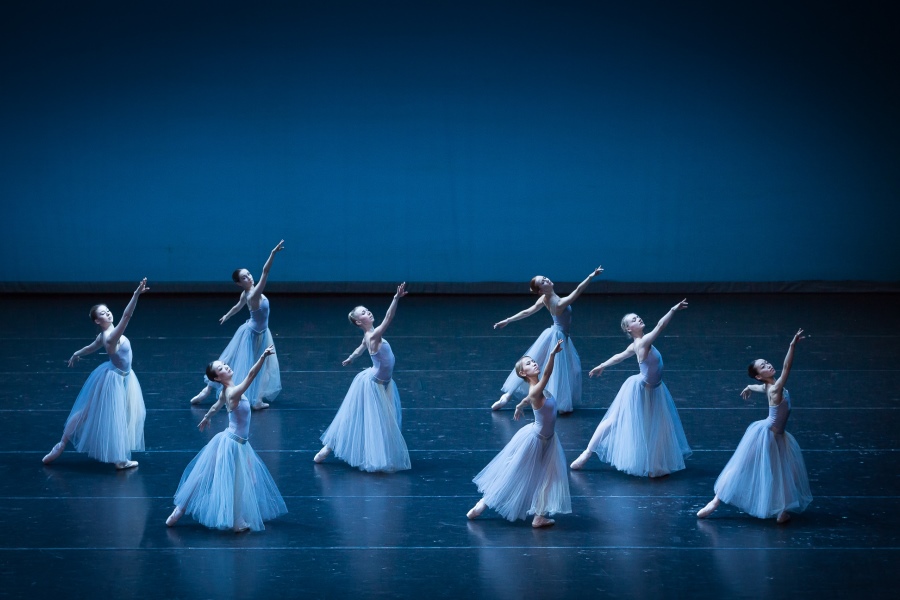 "Serenade, set to Tchaikovsky’s almost unnaturally tuneful Serenade for Strings, holds a special place among the dance works of the twentieth century: both masterpiece and talisman, it is probably the most widely performed work by the century’s greatest master, George Balanchine. Certainly it is the piece which is most closely associated with his name. It is performed today by countless companies across America and Europe, and is the «signature piece» of the New York City Ballet. It is also of importance that it formed part of Balanchine’s first programme in America, so that it is associated in the public mind with Balanchine’s development, in America, of that particular New World neo-classicism on which his reputation rests.

Cynics may insist that the popularity of Serenade amongst dance companies is due to its technical accessibility, and amongst audiences because, as Balanchine himself said and Serenade asserts in movement, «ballet is woman». The motion and costumes are graceful and palatable even to the most conservative of contemporary audiences. It is Modernism without the tears: in other words, if this is neo-classicism, there is no need to worry.

Yet if Serenade is still drenched in the Romanticism that some of Balanchine’s later works to Stravinsky’s music evade, it is nonetheless beautiful, its dancing symbiotic with the music. Serenade is a very rare creation indeed: an inaccessible masterpiece, at once profound and trivial, manipulative and beautiful. This is why it will continue to be performed as long as classical ballet itself is alive."

The Mariinsky Theatre would like to express its gratitude to Mrs Bettina von Siemens for her support in bringing the “Ballets of George Balanchine” project to life.