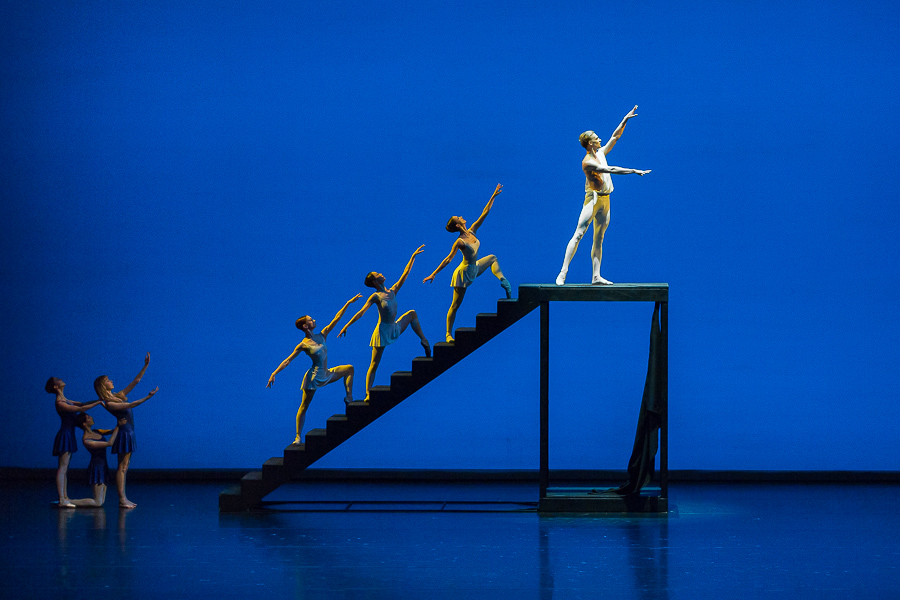 Apollo, the son of Zeus and Leto, achieves stunning levels of brilliance in dance and citherplaying. He is followed in his sequence of dance by his ever-present companions the three muses – Calliope (the muse of epic poetry), Polyhymnia (the muse of sacred hymns) and Terpsichore (the muse of dance). When Apollo, accompanied by his muses, appears on Mount Olympus everything around him falls silent in adoration of his divine art.

“I regard Apollo as a turning point in my life. In terms of discipline, restraint, the perpetual unison of sound and mood this score was a revelation for me. It seemed to be telling me that I didn’t have to use it all, that I could leave something out. In Apollo and all of the composer’s subsequent music it is impossible to imagine any one given extract to be an extract from another score. Each of them is unique, nothing can be replaced. I examined my own work in the light of that lesson. It was when studying Apollo that I first understood that the gestures, like tones in music and shades in painting, find certain ‘native ties’ between themselves. Like any group they are subject to their own special laws. And the more solid the artist the more clearly he will understand and consider these laws. Starting with Apollo I developed my choreography along these lines, dictated by these mutual ties. “Apollo has sometimes been criticised for its ‘lack of theatricality.’ It may be true that there is no vividly expressed story there (although there is a plotline that runs throughout). But its technique is that of classical ballet which in every sense is theatrical, and it is here that we see the start of the literal transformation of sound into visual movement.”