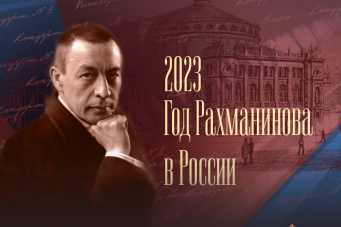 On January 21, 2023, the Primorsky Stage will host the first concert dedicated to the anniversary of the birth of Sergei Rachmaninoff, an outstanding Russian composer.

Celebrations on the occasion of the composer’s 150th anniversary will be held throughout the country in 2023. In January, the Mariinsky Orchestra of the Primorsky Stage conducted by Pavel Smelkov will launch a set of concerts in Vladivostok with a concert performance of Sergei Rachmaninoff’s first opera, Aleko.

Aleko is a picturesque one-act opera based on the plot of Pushkin’s poem The Gypsies. The action takes place in a gypsy camp. The conflict is based on a love triangle between the beautiful gypsy Zemfira, a former city dweller Aleko who has abandoned civilization and his family driven by his love for her, and a younger gypsy who Zemfira is fond of.

The young Rachmaninoff’s opera is distinguished by expressive characters, rapidly developing action and colorful symphonic paintings. Aleko’s Cavatina The Entire Camp is Sleeping has become a favorite piece in the bass repertoire and has a rich history of performances starting from Feodor Chaliapin himself.