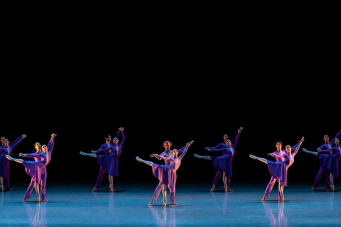 On May 13 the Dance Sole Award ceremony and the gala concert will be performed at the Stanislavsky and Nemirovich-Danchenko Moscow Academic Music Theatre. The award was established by the Ballet Magazine jointly with the Ministry of Culture of the Russian Federation in 1994. It is to be given to Russian cultural professionals for their outstanding achievements in developing the national choreography.

During the solemn ceremony, Eldar Aliev, a Ballet Artistic Director of the Primorsky Stage of the Mariinsky Theatre, who was granted the title of an Honored Art Worker, will be given the award in the Dance Knight nomination. Among the award winners there were many prominent figures such as Yuri Grigorovich, Maya Plisetskaya, Vladimir Vasiliev, Ulyana Lopatkina, Nikolai Tsiskaridze, Svetlana Zakharova, Diana Vishneva, and so forth.

The same night the gala concert will be given, at which the Primorsky Stage Ballet will first appear in Moscow to represent the choreographic piece Inspiration choreographed by Eldar Aliev to Sergei Rachmaninoff’s music. Some award winners, artists from other theaters and students of Russian dance colleges will also take part in the concert.