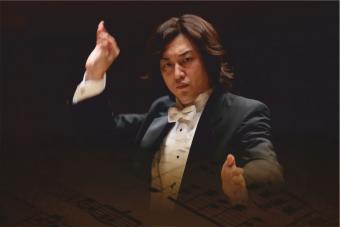 On October 25 at 19:00, there will be a long-awaited symphony concert in the Great Hall of the Primorsky Stage of the Mariinsky Theatre. At the conductor’s desk will be Shizuo Z Kuwahara (Japan), Principal Guest Conductor of the Primorsky Stage, prize-winner of international competitions. It will be the first symphony night under the baton of maestro in his new status.

On the concert’s program are two famous symphonies written in the last decade of the 19th century. In the first act, you will hear the Ninth Symphony of Czech composer Antonin Dvořák. The symphony has the author’s subtitle From the New World, as it was created during the composer’s work in North America. Dvořák aimed to reproduce features of Black and Indian tunes in it, which made the opus unique in its genre. The Ninth Symphony is considered as the acme of the composer’s orchestral music, and is frequently performed on the world stage.

The second part of the concert will present the First Symphony of Sergey Rachmaninoff. The opus played a fatal role in the composer’s life. The flop of the symphony’s premiere in 1897 sent Rachmaninoff into a long creativity crisis, and he did not write new music for three years. The symphony has remained unpublished, and its score was believed to be destroyed by the author. It was not until the 1940s that the opus could be restored using orchestral parts found. Today, the First Symphony holds an honorable place in the heritage of Russian orchestral music.