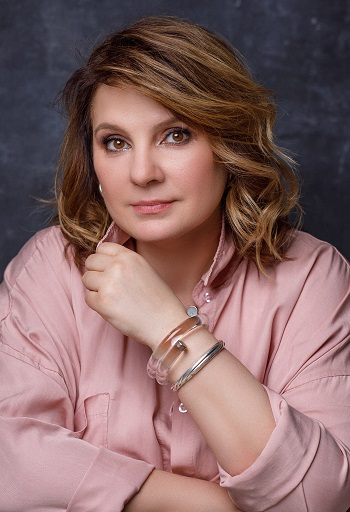 In 2007 she made her debut as a Stage Director of Kashchey the Immortal opera at the Concert Hall of the Mariinsky Theatre. From 2009 to 2012 she staged such operas as Aleko, Kashchey the Immortal, I pagliacci and Iolanta at the Stars of the White Nights Music Festival in the Vyborg Castle (Open-air opera). At the Mariinsky Theatre she became a Director and Set Designer of War and Peace opera, scenes from Dubrovsky and Judith operas, a Director of scenes from the tetralogy Der Ring des Nibelungen, stage performances and concerts programs.

In 2010 Kristina Larina served as an Assistant Director to Dmitri Tcherniakov, a Stage Director of Wozzeck opera performed at the Bolshoi Theatre in Moscow.

From 2007 Kristina Larina has served as an Assistant Director at the Mariinsky Theatre. Other past positions of Kristina Larina include Assistant Director to such Directors as Graham Vick, David Pountney, Alain Maratrat, Daniele Finzi Pasca, Claudia Solti, Arnaud Bernard, Yannis Kokkos, Vasily Barkhatov, Alexei Stepanyuk, Anna Matison, and others.