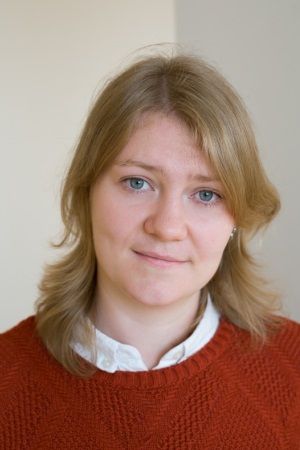 Daria Panteleeva was born in Neftekamsk. In 2007 she graduated from the Ufa Arts College with a degree in choir conducting. In 2012 she finished the St Petersburg State Conservatory named after Nikolai Rimsky-Korsakov, the Department of Vocal Art and Directing, the Section of Musical Theatre Directing, class of Stanislav Gaudasinsky.

From 2012 to 2014 Daria Panteleeva studied in the post-graduate school of the Russian University of Theatre Art in Moscow (GITIS), the Department of Directing and Acting in Musical Theatre. During her study in the arts college she worked as a choir singer at the Bashkiria State Opera and Ballet Theatre (2005-2007).

While studying in St Petersburg Daria Panteleeva gained professional experience in different theatre positions at the St Petersburg State Opera and Ballet Theatre named after Modest Mussorgsky (Mikhailovsky Theatre) – first as a lighting technician (2008–2010), then as a stage manager and a director (2010-2014). Since 2014 she has been working as a director at the Primorsky State Opera and Ballet Theatre.

Daria Panteleeva has directed the following shows:
Il matrimonio segreto, an opera by Domenico Cimarosa at St Petersburg Opera and Ballet Theatre of the St Petersburg Conservatory (2012); The Blue Bird, a musical by Andrey Petrov and Olga Petrova at the Children Studio Theatre of St Petersburg State Theatre of Musical Comedy (2012); Hansel and Gretel, an opera by Engelbert Humperdinck at the Mikhailovsky Theatre (2013).

As a director of the Primorsky Opera and Ballet Theatre she staged the following shows: Peter and the Wolf and The Ugly Duckling, music by Sergei Prokofiev; The Young Person’s Guide to the Orchestra, music by Benjamin Britten; Carmen, an opera by Georges Bizet; The Tale of Tsar Saltan, an opera by Nikolai Rimsky-Korsakov; a semi-recital of Doctor Zhivago, an opera by A. Lubchenko; Mazepa, an opera by Pyotr Tchaikovsky. Musical dramas: L’Histoire du soldat (The Soldier’s Tale) by Igor Stravinsky; Wood House. Catchphrases based on Igor Stravinsky’s music; Peer Gynt by Edvard Grieg. She also staged gala concerts of opera and ballet soloists.

As a stage director of the Primorsky Stage of the Mariinsky Theatre she had made few shows – Visiting Sergei Prokofiev, a theatrical concert called Christmas Eve Fairytale, Songs from the films, Songs from the animated cartoons to music by Gennady Gladkov, Bastien und Bastienne, an opera By Wolfgang Amadeus Mozart, and gala concerts of opera and ballet soloists of the theatre.

Daria Panteleeva is the author of the scripts for The Young Person’s Guide to the Orchestra, Peer Gynt, Wood House. Catchphrases, Visiting Sergei Prokofiev, Songs from the films, Non-Random People to music by Mikael Tariverdiev.

In 2013 and 2014 she was a participant of and an assistant to the artistic director of the International Physical Theatre Lab and IUGTE Conference Theatre between Tradition and Contemporaneity (Leibnitz, Austria).

In 2016-2017 Daria Panteleeva had been working as a stage director of the Primorsky Stage of the Mariinsky Theatre.