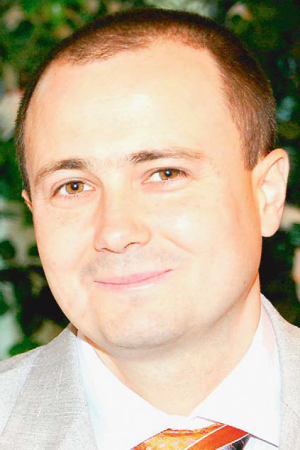 In 1988 Mr. Sterlin finished the Moscow College of Theatre Art and Technology with a degree in lighting design.

After his graduation he started working in the Moscow Art Theatre named after Anton Chekhov (MAT). At the beginning of his career he worked as a lighting designer’s assistant, then after his promotion he took a position of the Head of Lighting of the Moscow Art Theatre Small Stage. Vladimir has worked at MAT for 16 years. In 2002 he received a personalized award of the theatre.

He successfully combined his work at MAT and other theatres working as a lighting designer in many shows such as Our Decameron of the Twenty First Century by Edward Radzinsky (directed by Roman Viktyuk), The Collector by John Fauls and Lady Windermere’s Fan by Oscar Wilde (directed by Sergey Vinogradov), Of Mice and Men by John Steinbeck (directed by Mikhail Gorevoy), No Repudiation When There is Love by M. Polischuk (directed by Tatiana Dogileva), Someone Phoned Me by Korney Tchukovsky (directed by Svetlana Dorozhko).

Since 2003 he has been working as a lighting designer of such companies as The Turetsky Choir and Soprano 10. Over this period he designed hundreds of concerts throughout the world.