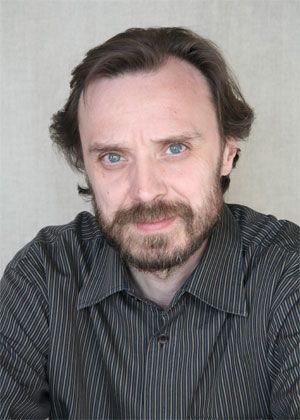 Sergei Grachev graduated from the Leningrad Institute of Theatre, Music and Cinematography. He began his artistic career at the Mariinsky Theatre in 1991 as a set builder, later becoming a technical designer, and at present he is head of the artistic production department. As a designer, he has been involved in the creation of a new stage version of the opera Rigoletto (2007). He has designed the ballet Like an Old Organ Grinder to music by Leonid Desyatnikov (2007), the one-act operas after works by Gogol The Marriage and How Ivan Ivanovich Quarrelled with Ivan Nikiforovich (2009) and the opera May Night (2009).