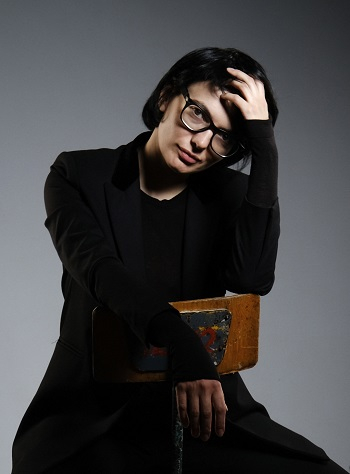 Since 2011, she has worked as a set and costume designer.

Olga Shaishmelashvili worked with the Ruhrfestspiele (Germany) in 2011 and 2012, designing the sets for Demetrius after the drama of the same name by Friedrich Schiller (Director: A.Mindlin) and the sets and costumes for Areja (Stage Director: D.Zakharov).

In the 2018/19 season she was awarded the Golden Sofit, Saint Petersburg’s most prestigious theatre prize, Expert Council’s Special Prize for the non-standard decisions of space in Russian Matrix staged by Andrei Prikotenko.

As a set and costume designer Olga Shaishmelashvili has worked on dramatic productions with the Mikhail Chekhov Riga Russian Theatre (Latvia), the Moscow Academic Theatre of Satire, and the Vasily Kachalov Kazan Russian Drama Theatre.

As a set and costume designer Olga Shaishmelashvili has worked with the Saint Petersburg State Academic Yacobson Ballet Theatre on productions of such ballets as Stony Bank, Chopiniana, Grand pas from the Paquita ballet, and The Sleeping Beauty.