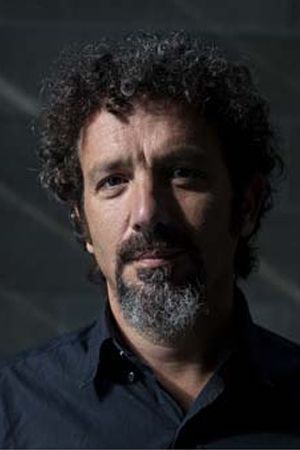 Having graduated in philosophy, Andrea De Rosa began his directorial career with short films. His first – Appunti per una fenomenologia della visione, produced while still a student – won a prize at the International Youth Film Festival in Turin (1994).

As an assistant director he collaborated with Mario Martone, whom he helped on the film sets of L’amore molesto (1995), Teatro di guerra (1998) and L’odore del sangue (2004) as well as operatic productions including Così fan tutte (2001) and Don Giovanni (2003).

From the late 1990s, De Rosa worked in parallel in drama theatre. Important productions include Encomium of Helen after a speech by the Ancient Greek philosopher Gorgias (1997), Euripides’ The Trojan Women (1999), Hugo von Hofmannsthal’s Elektra (2005), Schiller’s Mary Stuart (2007) and Brian Friel’s Molly Sweeney (2008). From the crossroads of theatre and philosophy emerged the production Everything Great in the Tempest (2011), based on texts and facts from the biography of Martin Heidegger. The basis of the production Study on Plato’s Symposium (2012) came from an acclaimed dialogue by Plato. The fabric of Falstaff (2014) after Shakespeare featured extracts from works by Nietzsche, Kafka, libretti by Arrigo Boito and the script of Gus Van Sant’s film My Own Private Idaho. From 2008 to 2011 he headed the theatre association Teatro Stabile, which unites several theatres in Naples. In opera, De Rosa made his debut with a production of Idomeneo, re di Creta (2004, Teatro Sociale in Trento). Since then he has gone on to stage some twenty productions, among them Don Pasquale (2006, Teatro Alighieri in Ravenna), Macbeth (2007, Teatro Ponchielli in Cremona), Dido and Æneas (2007, Teatro Goldoni in Livorno), L’elisir d’amore (2009, Danish National Opera in Aarhus), Maria Stuarda (2010, Teatro di San Carlo in Naples), Norma (2012, Opera di Roma) and Il trovatore (2014, São Paulo’s Teatro Municipal in Brazil). De Rosa collaborated on Don Pasquale with Riccardo Muti and the production was later released on DVD. At the Salzburg Whitsun Festival in 2008 they staged yet another co-work – Giovanni Paisiello’s Il matrimonio inaspettato.

Simon Boccanegra is initially being staged at the Teatro Carlo Felice in Genoa and subsequently at the Mariinsky Theatre in St Petersburg.